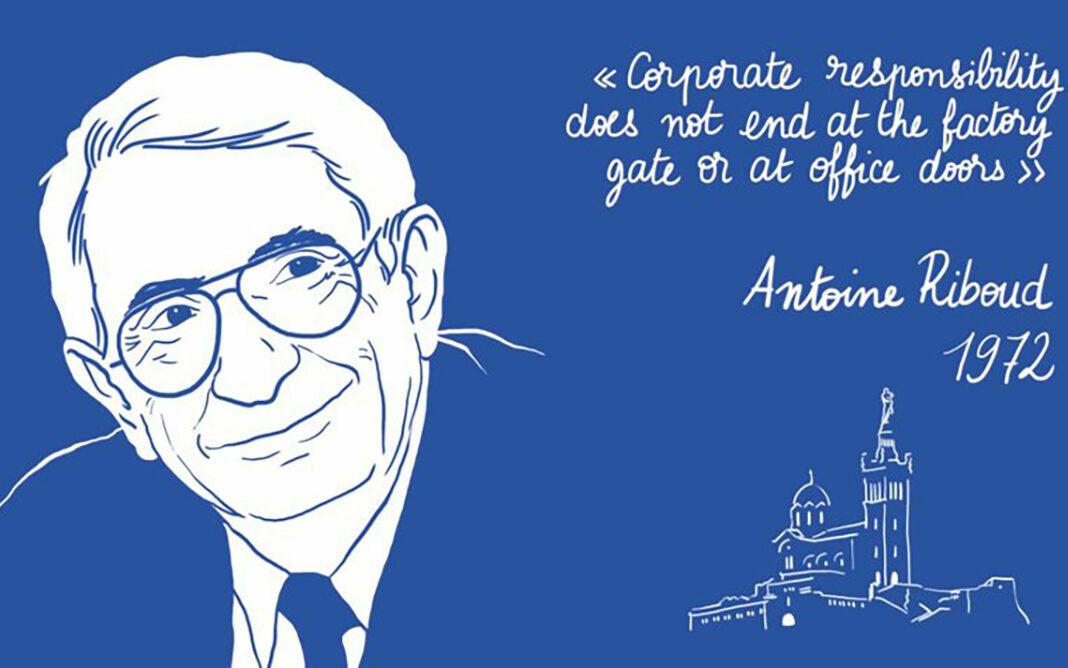 Danone espoused a more human, “multi-stakeholder” model of business under the leadership of founder and past CEO Antoine Riboud, and Faber continued in that tradition. © Danone

The notion of corporate social responsibility (CSR) and the legal mechanisms associated with its promotion have been shaken in recent weeks by the toppling of Emmanuel Faber from the top job at Danone. After making it a purpose-driven company, and constantly reaffirming his belief that its “mission” was to “bring health through food to as many people as possible,” Faber was finally ousted by shareholders concerned at the decline in Danone’s profits. Despite having presented a cost-cutting strategy involving 2,000 job cuts shortly before. Although some will argue that Faber fell victim to the greed of investment funds devoid of both scruples and long-term vision, this case clearly does raise questions about the meaning and implementation of CSR.

In one of his commentaries on the works  of Joseph Schumpeter, French economist François Perroux suggested that “a company can be considered as an institution (…) formed with a view to fulfilling a productive purpose. Unless arguing for the destruction of capitalism, it is dangerous to juggle with the terms and constraints which apply here.”
A reminder which is particularly pertinent when the definition of such constraints, and the broader framework within which businesses operate, is based upon ideological assumptions.

Competition is thus the first and best guarantee of CSR

In reality, competition remains the only constraint which is truly acceptable to businesses, since it is consistent with the rational manner in which they operate. In his oft-cited September 1970 essay in The New York Times, Milton Friedman thundered that “the social responsibility of business is to increase its profits,” but he conceded that business leaders, as citizens, have an obligation to respect the law and a right to express their belief in humanist values. The article opens with a reference to a character from 17th century French literature “who discovered, at the age of 70, that he had been speaking prose all his life.” In Friedman’s view, one of the key characteristics of a competitive economy is that it naturally makes corporate executives unwitting pioneers of CSR. This is not a new observation.

Pierre Samuel du Pont de Nemours, the founder of a famous entrepreneurial dynasty, was also one of the most prominent advocates of physiocracy, the dominant economic theory of the 18th century, which popularized the term laissez-faire.
His apology for competition is still relevant today. Competition is a positive force because it makes companies satisfy the expectations of their clients or else risk losing them. In doing so they can preserve their market share and profitability, not only in terms of the price and quality of products, but also when it comes to complying with ethical rules. Furthermore, competition forces companies to pay employees at levels consistent with their productivity, to stop them going off in search of better wages elsewhere. Competition is thus the first and best guarantee of CSR.

CSR is the state’s business

As regards the specific contribution required of business to efforts safeguarding the environment, the state must step in and manage this constraint. The solution to problems of this nature is to be found in the introduction of so-called “Pigovian” taxes. An overhaul of the tax system, introducing carbon taxes to replace the improbable array of taxes which companies are currently required to pay, would be the most reliable way of getting business on board in the fight against climate change. In the past, the french state has introduced reforms to enforce certain social rules, without it being necessary to totally reinvent the status of businesses. Faced with the pressing environmental realities of the present day, it is time for the state to intervene once more with a measured deployment of its fiscal arsenal.

Danone’s misadventures should serve as an incentive to reacquaint ourselves with some old wisdom. In a well-known fable by Jean de La Fontaine, a cobbler describes to a great financier the main obstacles to his work: “The mischief of it is that there are so many feast days and high-days and fast-days crowded into the year, on which, as the priest tells us, it is wicked to work at all; and worse still he keeps on finding some new saint or other.”

Nowadays, if we want to ensure that business leaders making decisions based on a corporate philosophy which is about more than profit is seen as a positive move, rather than an omen of impending doom, the latter-day heirs of La Fontaine’s priest must take care not to overload their sermons . . .

This op-ed was published on 24 March in French by Les Echos.

Jean-Marc Daniel is an emeritus professor of economics at ESCP. During his career, he has alternated between positions in the administration (INSEE, Budget Office, Social Security Office, Ministry of Foreign Affairs), in Ministerial cabinet functions (Ministry of Culture and Ministry of Foreign Affairs) and as an economist and teacher (OFCE, ESCP, Ecole des Mines and ENSAE). Jean-Marc Daniel focuses his research on economic policy issues, primarily in their theoretical and historical dimensions.