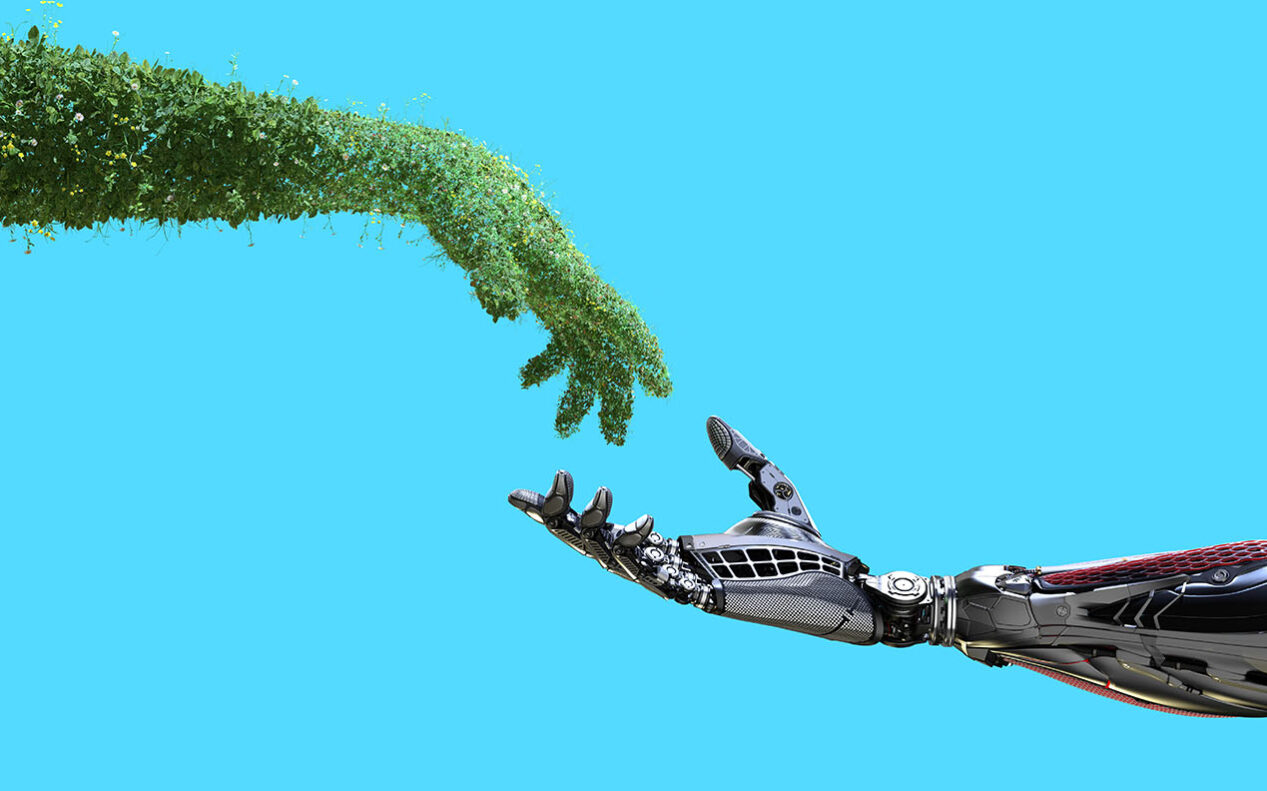 We live in a time where technology and social issues have never been more closely linked. So, how should tech entrepreneurs and innovators be approaching this relationship to create meaningful change? We take a closer look at the TechForGood movement with two ESCP professors Aurélien Acquier & Terence Tse.

In today’s modern world, technology is often seen as the solution to many of the issues that plague our society. From artificial intelligence (AI) to automation, medical innovation to new types of production and distribution, tech’s capacity to disrupt, change and innovate augurs well for businesses and consumers alike. Of course, entrepreneurship has gone hand in hand with social issues for decades – but never has the potential of technology been so loudly hailed as the answer we’ve all been searching for.

Terence Tse, ESCP professor of entrepreneurship and co-founder of AI company Nexus FrontierTech, concurs: “As consumers, we have always been curious about and interested in the latest technologies. Businesses are often more skeptical or slower to adapt, but given the current interest and demand for sustainability,  it’s only a matter of time before both sides come together.”

This collision of consumer demand and growing interest from businesses has led to what many perceive as the beginning of a revolution: the TechForGood movement. But can we really count on Tech to save us all?

Technological development is increasingly under public scrutiny. Tech companies now have to convince their stakeholders that they contribute to the ‘common good’.

Although not explicitly stated, TechForGood’s goals are many, and they’re lofty: improving digital literacy and combating digital poverty, helping people to adapt to the changing workplace of today, and providing innovative solutions to some of the world’s most pressing economic, social and agricultural problems. Aurélien Acquier, Dean of Sustainability at ESCP Business School, notes: “The emergence of TechForGood is the result of two phenomena, both of which are happening at the same time. Society is being faced with unprecedented global challenges, such as climate change and biodiversity issues, which are deteriorating at an extremely worrying rate. Some believe that technological breakthroughs are our best hope to address these challenges, meet UN Sustainable Development goals and prevent a global catastrophe. This is one big rationale behind the TechForGood movement.

“We’re also living in a world where technology has spread globally at a tremendous scale. Society is increasingly concerned about the economic and political power gathered by GAFA companies who control our data. In this context, technological development is increasingly under public scrutiny. Tech companies now have to convince their stakeholders that they contribute to the “common good.”

For Terence Tse, the current enthusiasm towards TechForGood is a mixture of pragmatism and a desire for innovation:  “For businesses looking to innovate today, the customer’s desire for sustainability and ethical choices have to be part and parcel of the offer. Customer demand is definitely pushing these companies to be more sustainable. In agriculture, for example, businesses are using AI to increase efficiency, identifying food products that would otherwise be wasted – for example, by picking out and saving visually unappealing but otherwise perfectly consumable food, or identifying expiry dates to reduce waste. In the luxury industry, brands are turning towards recyclable materials, such as gold, as a direct result of changing consumer expectations.”

Sounds laudable – but as critics point out, technology is rarely able to operate within a vacuum while providing meaningful results. In short, every action has a reaction – and the double-edged sword of modern consumer expectations means that businesses run the risk of damaging their reputation if they fail to remain consistent across all fronts. Enter one of the most controversial themes of the moment: the ‘goodwashing’ phenomenon.

In the next 5 years we are going to see a lot more companies investing into TechForGood – the question is, will there be substance behind it?

Although closely linked to the idea of greenwashing, goodwashing is a more philosophical question. While changing consumer expectations, the rise of corporate social responsibility (CSR), and social media have created something of a perfect storm for brands in which to prove their ethical credentials, the goodwashing phenomenon acts as a more complex counterpoint to the TechForGood movement.

As a recent paper published by Deloitte and ESCP Business School in the context of the school’s Circular Economy Chair directed by Aurélien Acquier and Valentina Carbone, saliently points out, if some Tech is considered good, others are necessarily considered bad.

Tse agrees: “TechForGood doesn’t necessarily mean good for everyone. Uber, for example, has passed on their operating costs directly to the drivers, despite being the largest taxi company in the world. Whether that’s good or bad is not for me to say: the point is that there’s always a chance that disruptive technology has significant social implications from the use of new technology.”

In short, TechForGood isn’t a goal in and of itself: it also depends on the individual business. Tse remarks: “In the next 5 years we are going to see a lot more companies investing into TechForGood – the question is, will there be substance behind it?” For many, this question is one of the limits of the TechForGood movement. Some believe that innovators and disruptors would be better off identifying problems in their globality rather than concentrating on a small sector where things can be improved – for some.

Of course, that’s not the only problem facing businesses looking to invest in the movement – in today’s economic climate, brands are less willing to splash the cash without being guaranteed results. Tse says: “Businesses have multiple disincentives to overcome when investing in TechForGood. Initial costs, structural issues, finding talent with the right expertise and knowledge… Today, companies are low on cash and so need to invest more wisely.”

A noble ideal, perhaps – but for Terence Tse, the TechForGood movement needs to become a little more convincing. “In order to make TechForGood more than just a passing fad, we need to have big companies getting involved. The larger or more influential the company, the higher the chance of achieving visibility and directing market trends.”

So, how can companies best exploit the potential of the TechForGood movement without risking accusations of goodwashing – while ensuring their investment remains financially viable?

There needs to be an impetus from within. Investors and shareholders need to see that pursuing TechForGood-related goals is good for business, but there’s currently not enough data to allow leading actors in the sector to evaluate financial viability.

When it comes to deploying TechForGood-inspired solutions, it’s better to aim small and shoot high, rather than casting a wider net. A recent study by PwC breaks down TechForGood into key areas for development: TechForHealth, TechForInclusiveness, and TechForEducation. Promising sectors include luxury beauty, with major brands committing to ethical initiatives aimed at ensuring perennial sustainability; banking, particularly in the micro-social sector; and energy. Acquier comments: “When it comes to the potential of TechForGood, it depends on what we mean by real change. If we consider the case of climate and biodiversity, which is a pressing problem, a revolution is needed in energy production and use, in our agricultural systems, in transportation, for housing.  These sectors are key because they are related to fundamental needs and have a large impact on global issues such as global warming or biodiversity.”

Tse agrees, but adds: “There needs to be an impetus from within. For example, it’s essential that the financial services industry begins to take an interest in TechForGood’s future. Investors and shareholders need to see that pursuing TechForGood-related goals is good for business, but there’s currently not enough data to allow leading actors in the sector to evaluate financial viability.”

For many industry experts, the TechForGood movement holds almost limitless possibilities when it comes to resolving the problems of tomorrow.

The question is – which of these problems should we be working to solve? Remaining explicit when it comes to goals and objectives, and remaining aware of wider trends are crucial when it comes to extracting meaningful change from the TechForGood movement. Acquier warns against the temptation of viewing technology as the be-all, end-all of sustainability: “Believing that tech is the only way to solve our environmental and social challenges is an uncertain and dangerous bet. It should not blind us to the need to radically decrease, right now, the impact of our consumption on ecosystems. We need to face an unpleasant ecological reality: beyond tech innovation, reducing our impact means radically changing our habits to reduce the consumption of goods that have a high impact in terms of global warming (in transportation and food for example) or extractivism.” 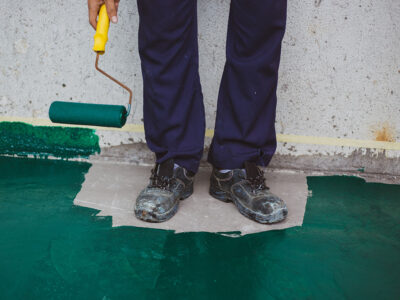 How to fail quickly and learn from your mistakes 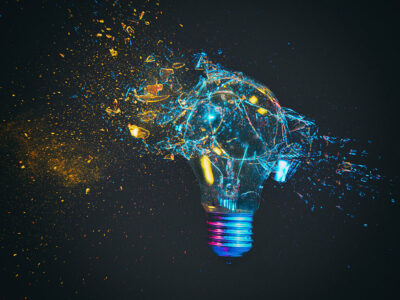 In art as in entrepreneurship, creation is nothing without destruction 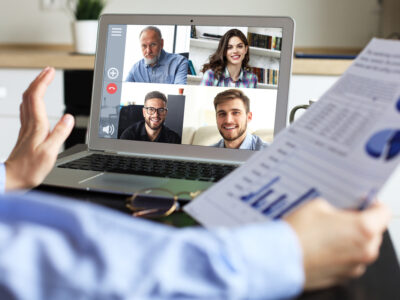