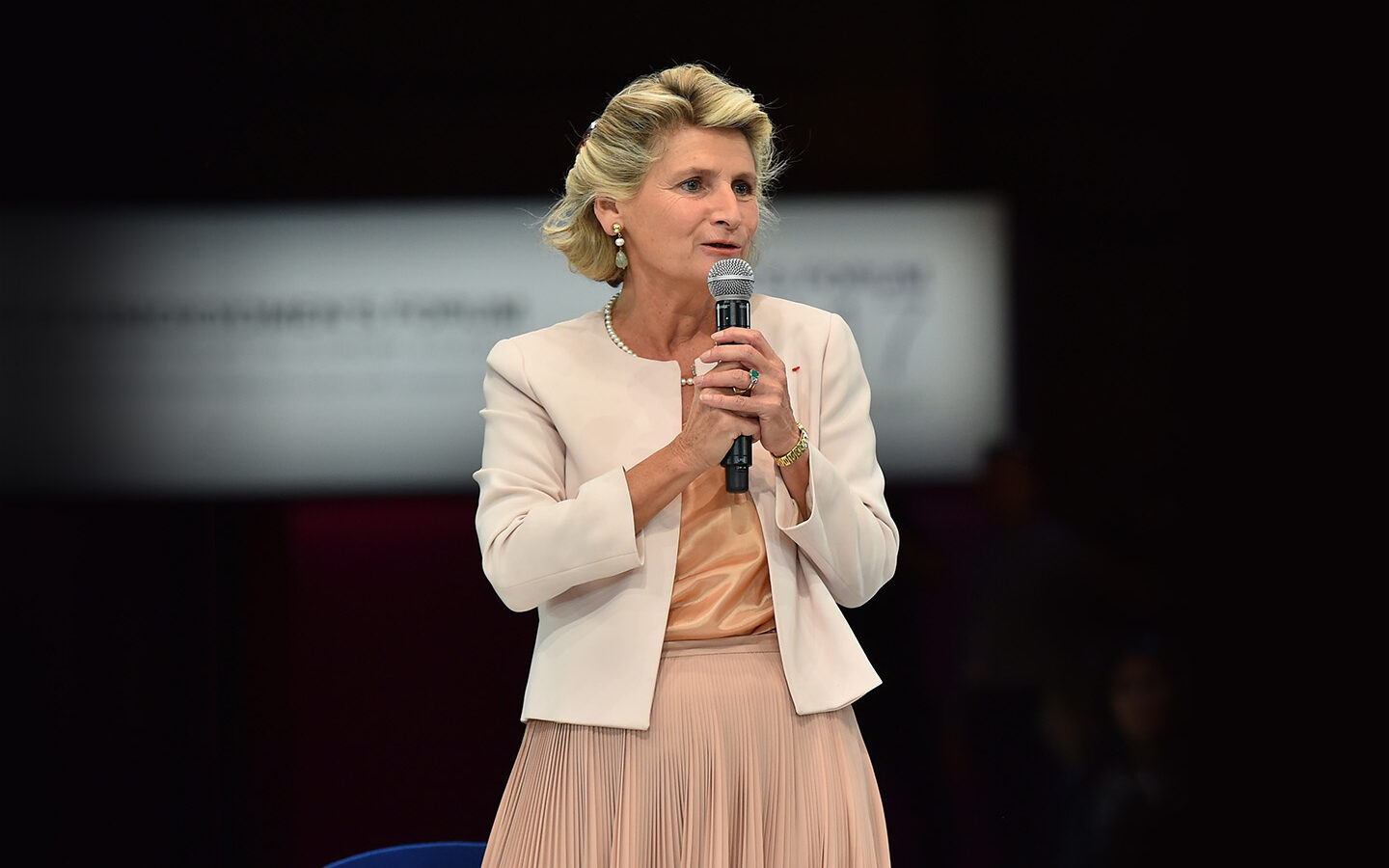 While the pandemic has made some barriers to women more visible, it has also revealed the important roles of women in our economies and societies. Chiara Corazza is the Managing Director of the Women’s Forum for The Economy & Society, a platform for action promoting women’s leadership and initiatives around the world.

For The Choice, she assesses the global challenges women face today and how together we can remove the boundaries to a fairer future.

In February 2020, you presented a report to the French Ministry of Economy and Finance to increase the place of women in the economy and innovation. Looking at the European and international level, what are your views and recommendations on this subject?

Our world is facing a complex transformation: most practices and professions are being invented and reinvented each day. Women, despite being active at 52% in the labor market, contribute up to only 34% of the worldwide wealth creation. Moreover, women are under-represented in the scientific fields which will be crucial in the future of work.

In Europe, less than one graduate out of five in sciences is a woman. And, in the world, they represent only 24% of employees in the technology sector. Concerning entrepreneurship, women are also left behind as they constitute only 30% of start-up founders at the European level even though there are 224 million women entrepreneurs worldwide.

Due to the current crisis, new obstacles have emerged on women’s paths and gender imbalances are now more visible than before. Women are at the frontline taking care of children, family, elders, and the most vulnerable populations. But they are also the driving force behind our advancements in science, research and competitiveness for all.

This is our vision at the Women’s Forum for the Economy and Society: we propose that this recovery becomes a truthful She-Covery, where women, along with men, take the lead and are an essential part in shaping the Recovery Plans, ensuring the promotion of a sustainable growth. We want tocarry the message that women are there where they can make the difference: we will do that all through the year, and in particular on the occasion of our Women’s Forum G20 Italy, taking place in Milan on October 17th-19th.

We should ensure women have a lifelong journey from school to boardrooms!

In the context of the current pandemic, we’ve seen that there is a real danger of backtracking on the progress made to improve the well-being and status of women and a risk of seeing them return to traditional roles. How can this trend be reversed?

The pandemic is leading to deep changes. The society we used to know will not exist in the future. In this framework, at the Women’s Forum, we launched a Barometer on Gender Equality with the aim to compare reality and perception related to female leadership in key areas – Business, Climate Change, Health and Tech – among the G7 countries.

On one side, we observe that the risk of a regression in gender equality remains high as gender stereotypes are largely widespread. The results of our Barometer have shown that 53% of respondents think that women cannot have it all and, if they want to be a good mother, they have to accept to partly sacrifice their professional career. We have to act now in order to ensure that mind-sets change. Now more than ever, we feel the sense of urgency, the necessity to embrace inclusion and diversity in women’s leadership.

On the other side, our Barometer proved that 91% of the population in G7 countries considered gender equality a priority. This confirms that addressing gender equality is urgent and that all of society is ready, the corporates are ready. Indeed, some countries are already well positioned. For example, in tech fields, Italy proves to be one of the best examples.

We observe a relatively high share of female graduates in STEM (Science, Technology, Engineering and Mathematics) fields (40%) and 31% of women employed as algorithm designers (while the average worldwide is only 22%).

Moreover, 84% of Italian respondents to our Barometer are convinced that more women in STEM contribute to economic growth and to a more inclusive AI.

85% of the jobs in 2030 do not yet exist. STEMs are at the heart of the jobs of the future. How can we ensure that women have the necessary opportunities, assets, skills and expertise to design these professions and benefit fully from them? How can we go about attracting them from a young age?

The jobs of the future are already today’s jobs and the preponderance of STEM is obvious. In the years to come, 11% of women are at risk of losing their jobs due to automation, which represents 180 million jobs. It is crucial to educate women about STEM as these skills give a head start in all professions as they are a source of innovation and creativity.

The lack of representation in STEM fields should be tackled at all stages of life. The journey of women in these fields is illustrated by a leaky pipeline as they face various obstacles: education from primary school to university, access to the labour market, career opportunities, setting up a business, financing and accessing positions of responsibility. At the Women’s Forum, we have a vision: we should ensure a lifelong journey from school to boardrooms!

In the framework of the mission I received from the French government last year, I proposed a clear strategy to create a new order, illustrated in the Report ‘Women at the heart of the Economy’. I am convinced that everything should be decided from an early age and addressed through a transversal approach that includes all sectors of the economy and of the society: parents, educators, businesses and media.

Is there a role for big companies to play in inspiring younger generations? If so, how?

In order to meet the challenge of gender equality in the labor market at all levels, I think that it is paramount to deploy a comprehensive approach, where all the stakeholders in society play an important role. This means that large groups and private companies have to be involved in the initiatives that foster the attractiveness of the jobs of the future and also that they should launch their own initiatives to fight gender stereotypes in careers.

In this sense, and with the aim to ensure that girls are fully associated to the future of work, the Women’s Forum has launched the STEMKEY initiative: a community of STEM Sisters, women committed to STEM advocacy, who are creating a human connection and inspiring girls to find their own path to invent tomorrow’s jobs.

Furthermore, we observe that 53% of women who start careers in the tech sector then move on to other sectors, compared to 31% of men. This is mainly due to poor managerial support, lack of career opportunities, poor work-life balance and an environment that is sometimes perceived as “hostile”. Such tendencies can lead girls to lose their interest towards the professions which matter in our world.

Therefore, it is urgent to provide the appropriate framework to reconcile professional career and personal life and ensure concrete measures to promote the inclusion of women, such as      non-discriminatory HR processes (systematically include female candidates, ensure respect for equal pay and promotion). Creating a favorable environment will strengthen women’s professional careers.

In many interviews, you point out that companies that have more diversity in their governance have far better financial results. What is their added value? And what can be done to significantly increase the number of women on executive committees, where it all happens?

I am convinced that when women are completely involved in companies’ governance and contribute to the companies’ strategy, they bring another perspective and added value. Personally, having had the chance to be on some Boards, I have experienced that myself. Women can develop different approaches which men alone would not have thought about, and vice-versa.

Therefore, it is essential to take women’s visions into account in order to enrich and strengthen companies but also ensure greater inclusion for all. Now, it’s time to move forward. This conviction has been confirmed by the results of the Women’s Forum Barometer in 2020: 76% of respondents agree that a better access of women to senior management positions would have positive outcomes on the company reputation and public image.

Innovative solutions for inclusion should be introduced such as quantitative and qualitative quotas to achieve an equal participation of women and men in strategic positions by 2030. However, this is only possible if companies constitute pools of female talents and build solid paths for women’s careers until they reach the highest responsibilities.

I truly think that advancing gender parity in corporate governance is a priority and, more broadly, as our partner McKinsey showed, a better representation of women in the economy would create 240 million jobs by 2025.

As stated in the Call to Action for an Inclusive Recovery that the Women’s Forum launched to the G7 Leaders in 2020, such actions should also be developed in policy-making, especially today as the pandemic raises the opportunity for a She-Covery : women should be the key players, co-creating along with men the new world that humanity needs, they need to be major protagonists in the construction of recovery plans for the benefit of our economies and societies.

Women and girls are not alone: they should not be afraid to engage in creating their own businesses

If you had one piece of advice for today’s young people, tomorrow’s entrepreneurs, what would it be?

It is paramount to bridge the gender gap in entrepreneurship. In G7 countries, self-employed women represent on average only 9.9% of female employment. Women entrepreneurs face numerous barriers, such as difficult access to financing, business networks, information, and training. But women and girls are not alone: they should not be afraid to engage in creating their own businesses.

At the Women’s Forum we work to make sure that women entrepreneurs are at the center of innovative policies and initiatives, it is our priority embodied in the work of our Women4Business Daring Circle. As Ms. Elisabeth Moreno, French Minister Delegate for Gender Equality, Diversity and Equal Opportunities, said on the occasion of the Women’s Forum Global Meeting 2020, “Talent has no gender!” and I couldn’t agree more. I am convinced that the best talents, female and male, should be equally proactive so that they can be a driving force and have a positive impact, in order to create a fairer future.

Chiara Corazza joined ESCP Professors Diana Clarke and Véronique Tran, along with an impressive panel of leaders, for an online round table dedicated to “Making the case for women in times of crisis” on Monday, 8 March 2021. 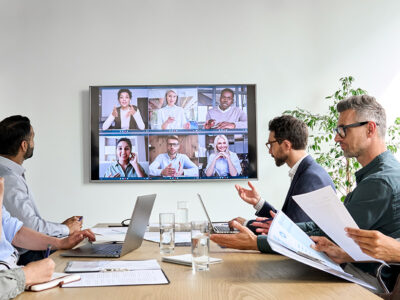