Being part of the transition, in terms of ecology and solidarity, should be a focus for all governments and companies, at least in theory. On World Climate Day, Thomas Friang, founder of L’Institut Open Diplomacy, a think tank that studies public policies that have an international dimension, reviews current policies for sustainability.

What role has sustainability had in public policy at an international and European Union level?

In terms of the United Nations, sustainability has had a central role since the UN unanimously adopted the 17 Sustainable Development Goals five years ago. The goals are a kind of compass for guiding international organisations in their actions, from the World Bank to UNESCO, and from UNCTAD to the OECD. At an international level, this compass is less often used. As for the European Union, sustainability has become ever more prominent since the Juncker Commission announced the Green Deal, which was fully supported by the Von der Leyen Commission. However, the EU’s approach is very focused on the environment, as social issues, healthcare, education and employment are not within its scope.

According to the annual Sustainable Development Goals Report for 2019, “no country is currently on a trajectory to achieve the 17 SDGs. Even the States with the highest scores are facing severe difficulties.” Are we still in a period of awareness-raising, or is it time to finally take action?

The SDGs cover more than 160 targets, which make up the 17 goals. It’s an agenda that has to be achieved by 2030, which leaves us another 10 years.

The workload was already very heavy, but it has become even greater as a result of the current crisis and its social and economic consequences, which have led to major delays.

As the Goal Keepers report shows, we have even fallen behind with the objectives set for the number of people living in poverty, for violence against women – which has grown exponentially – and for international tension, which has significantly increased during the crisis, particularly between China and the United States. The 2030 Agenda was already difficult to achieve because it was very ambitious, but the crisis triggered by the pandemic has added a further hurdle.

Some actors seem to be taking the transition very seriously, others much less so…

Yes, the general public should be aware that the transition movement doesn’t only attract supporters. I would say there are three types of actor:

How should everyone act, at their own scale? How should citizens get involved?

The issue of individual action is extremely important. Alone, a country has little weight. There is a shared responsibility, but there is clearly a difference between individuals in their private lives and decision-makers in companies.

If the CEO of a major group starts eating organic food, it’s not going to change the carbon trajectory of the company’s assets, irrespective of whether the CEO has an eco-friendly conscience.

You have to think about individual responsibility in a broader sense. As a citizen, you can become a member of an association or a trade union which has a role to play in the transition debate. People talk about eating organic food, consuming local produce and using public transport. It’s essential. But the private sector needs to shoulder a much greater responsibility — and the finance industry in particular. The choices we make for our personal savings and insurance policies can place investment on a trajectory that is more climate-compatible, or less so. Individual responsibility is, above all, about mobilizing actors who fundamentally change things.

In your view, what role can schools like ESCP play in training future leaders and making them aware of these issues?

Academic institutions have a major role. First of all, by making sure that political and business leaders are learning all they need in terms of ethics. These institutions are working with people who are about to become – or already are – top managers, people who can really change things. The existence of the ESCP Circular Economy Chair is a particularly good example of rethinking supply chain management. The focus is on ways of thinking, the key intellectual reflexes and moral values that guide our actions. This is then broken down into questions of governance, reporting and management. But we need to be aware that the effects will not be instant. You have to wait a certain period of time before this intellectual impact produces tangible effects in the economy.

The second key role of these academic institutions is to lead the public debate. Learning aside, they have a part to play in ensuring that the transition is not just down to individual decisions taken by managers. It is also about the whole of society benefiting from their thinking — and then taking action. Teachers, the intellectuals who create these debates about ideas, have to play this role. It’s what we aimed to do by involving ESCP in organizing the Rencontres du Développement Durable, with the patronage of France’s president, in September 2020.

You founded L’Institut Open Diplomacy when you were only 20 years old. Ten years later, what is your personal vision of sustainability? Have things changed?

I created L’Institut Open Diplomacy when I was at ESCP. The aim was to form a working group during the G20 summit chaired by France in 2011, so that young people could ask the leaders of states and governments about issues of concern for the future generation. The idea was to give the young generation a seat at the table when international decisions were being made; because at that time, environmental and social issues were under-represented in the international agenda.

Today, the subject of sustainability has become unavoidable. The international community adopted the SDGs and signed the Paris Climate Agreement five years ago. A degree of urgency has been expressed, but this awareness has come relatively late, and even too late, given the complexity of what is at stake. If you listen to the tick-tock of the climate clock, we are late. Instead of having a world that is +2°C in 2100, the calculations made by the Intergovernmental Panel on Climate Change (IPCC) point to 3.5°C or 4°C. We are missing our chance to take action, and the economic consequences – and more importantly, the human ones – will be devastating. On the one hand, this is a pessimistic assessment.

On the other hand, if we look at the way these issues are gaining ground, and young people’s role in putting them on the international community’s agenda, the outlook is more positive.

Last September, L’Institut Open Diplomacy jointly organized the Rencontres du Développement Durable with several of France’s leading business schools, including ESCP, to look at the issue from a European perspective. The aim was to enable members of the public to take part in discussions, to take ownership of the ecological and solidarity transition, and to undertake to help achieve the 2030 Agenda.

“For the first edition, bearing in mind the conditions for organizing the event, just before the second lockdown, we achieved our objective of helping people to get involved in this issue by staging more than 7,500 debates, while reaching out to 7.3 million French people via social media,” says Thomas Friang. “However, the overall objective of informing the public about the subject will always be with us. We want this event to become a regular one, for the long term, and to deal with different aspects of it each year, following the lead of the United Nations General Assembly.” 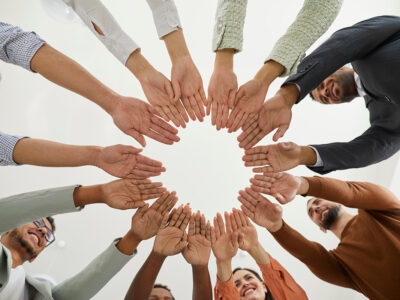 How to transform businesses into agile and participative communities 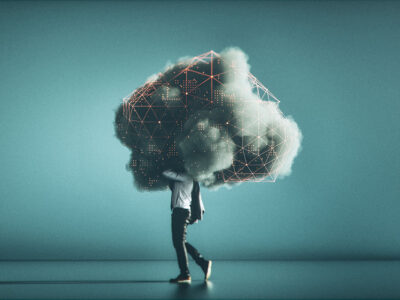 How do we solve the colossal problems threatening to overwhelm us? 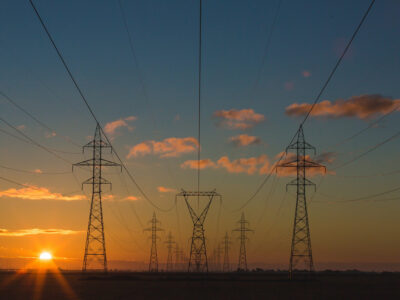 Lessons from the world’s most sustainable energy companies