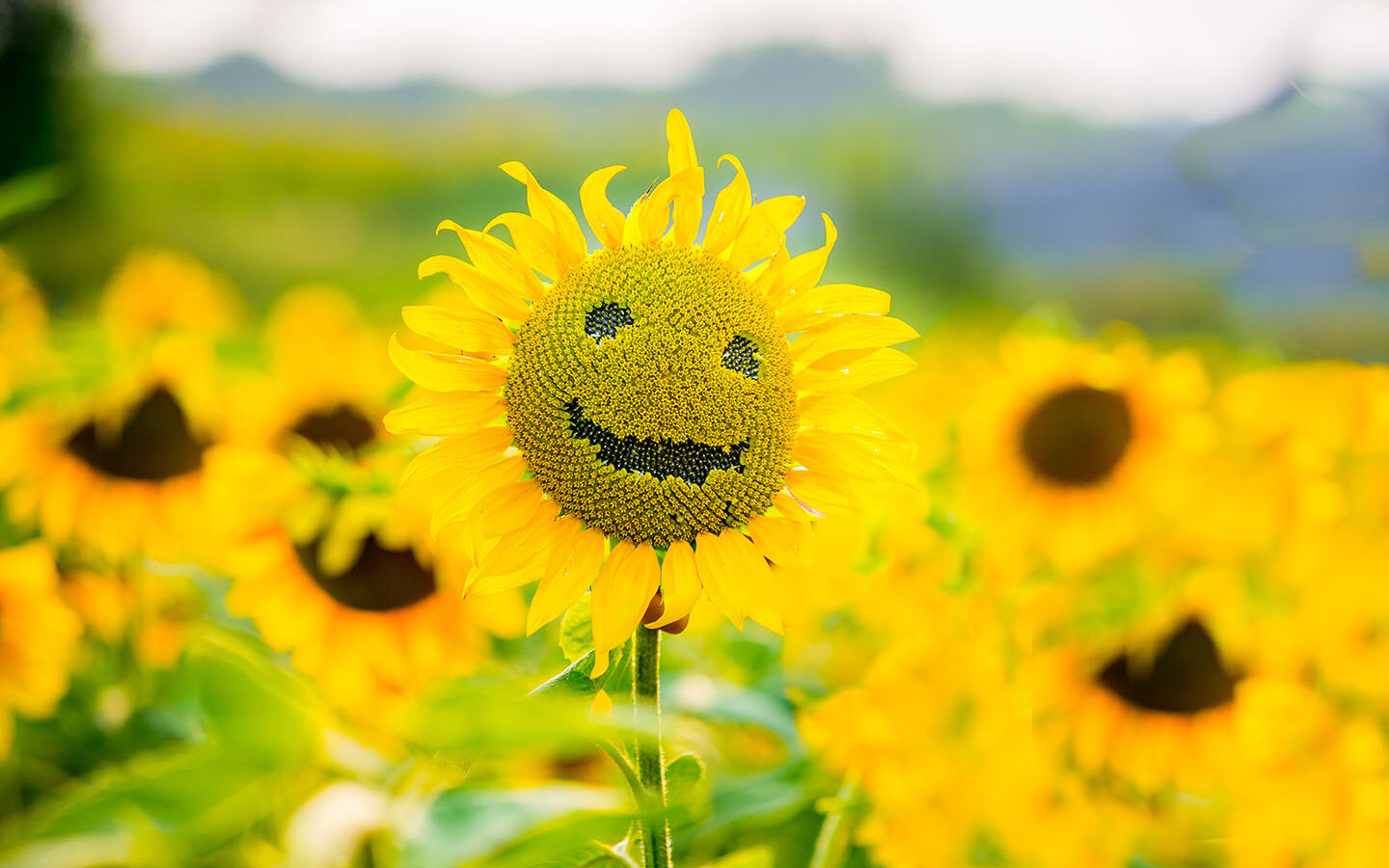 As American economist Ben Bernanke explored in his 2010 commencement speech at the University of South Carolina, the relationship between economics and happiness, or life satisfaction, provides many indicators for how healthy societies function. As a result, economists, managers and policymakers have been vividly trying to understand, for some time, what makes people happy.

A lot of attention has been given to the research on Happiness and Life Satisfaction in the last several decades. However, initially concerned with material and economic indicators, like wealth and income, researchers today are preoccupied with other catalysts for happiness, such as social responsibility, physical and mental well-being, and personal development. With these factors increasingly recognized as important components of both our individual well-being and the general well-being of societies, we come back to one of the age-old questions:

Is happiness all about money?

Is happiness all about money, which can buy goods and services and indicate social status, or is there something more that needs to be added for people to feel happy and satisfied with their lives?

Happiness research, with Richard Easterlin as the first economist studying data on happiness, has established that wealth and income matter. They are significant factors in people’s happiness and life satisfaction even if they remain very complex. For example, Easterlin’s Paradox, the significance of “relative wealth” vs. “absolute wealth”, and human adaptability to any life circumstances are some of these complexities, which challenge the assumption that income growth and happiness have a consistent and positive correlation.

Reflecting on a traditional economist’s perspective on happiness, not only does a country’s wealth and steady economic growth result in people in high-income countries being able to afford and access more goods and services as well as enjoy higher standards of living than in lower-income countries, but it also allows more spending on other important matters which affect happiness. Such as better nutrition and sanitation, healthcare, education and workplace safety. These in turn result in lower infant mortality rates, higher life expectancies and generally better health of the society than in poor countries, along with better-educated populations living and working in safe environments. If we ask people worldwide their preferences on where to live, the answer of an average respondent is easy to predict and confirmed by the dynamics of emigration to well-developed countries.

Numerous research analyses demonstrate that, even if wealth and income are considered important and helpful, some conditions apply. And in any event, these alone “don’t buy happiness”. A very useful synthesis of the most important sources of happiness and life satisfaction has been proposed in the work: “The Origins of Happiness: The Science of Well-Being Over the Life Course”. Very interestingly, the authors discussed two separate lists of factors affecting happiness, one for adults and a separate one for children. What makes a happy adult is suggested to be on the list of these factors: income, education, employment, building a family, health of mind and body, safety and social norms and institutions. A child’s happiness is suggested as dependent on the factors: family income, work of parents, parenting and parent’s mental health, absence of conflicts in family and schooling.

Whether young or old, it has been generally recognized that wealth and income are important but not self-sufficient and that people’s happiness and life satisfaction equally benefit from certain non-economic factors.

Recent happiness research is broadly in line with the findings from the previous decades but it seems that more attention is being given now to non-economic determinants of happiness and life satisfaction.

The economic factors affecting happiness and life satisfaction are still broadly recognized as important, with attempts being made to estimate a level of the annual income that enhances happiness. Some recent estimates suggest a range between $60,000 to $75,000 for a US citizen as being an optimal income-happiness formula. We also find more often in recent happiness literature the technical term “satiation point”, which refers to the cut-off in the income level above which no increase in happiness is predicted. Of course, these vary across countries and cultures.

Highly paid jobs are often linked with longer working hours and increased stress levels, both having an inverse effect on an employee’s mental health. Mental health in turn is considered as one of the determinants of happiness. It appears that in the last decade, mental health awareness has grown considerably in individuals, societies and workplaces, with people increasingly concerned about taking care of it.

It has been found that, under certain assumptions, working less can boost happiness, while some surveys even suggest that “the happiest people have more time and less money”!

Spending free time on certain activities was found to have a positive effect on happiness and life satisfaction as well. It can be through working on physical and mental fitness, volunteering and supporting good causes or spending time on personal development. On top of this, research has started to pay some attention to the relationship between performing acts of kindness and happiness. The search for purpose and meaning in our lives instead of money and status also gained interest among happiness researchers. As an example, one of the studies revealed that “9 out of 10 people are willing to earn less money to do more meaningful work”.

Looking at happiness today, we could also invite a reflection on the global circumstances of the last decade, such as slower economic growth/economic crises, natural disasters due to climate change and the more recent, COVID-19 pandemic, and try to understand how these circumstances have affected what people truly care about.

Sustainable economic growth, responsible use of natural resources and the control of greenhouse gas emissions, quality healthcare, all these factors are reflected in the global agenda of the United Nations’ Sustainable Development Goals (SDGs) and seem to be frequently discussed topics today.

The above would suggest that nowadays people are seeking to satisfy other needs and increasingly care about different aspects of life than people in the past to feel happy and satisfied with their lives. After reaching, as societies and individuals, the level of wealth and income to support a fairly comfortable lifestyle, the non-economic factors of happiness gain importance.

Role of economists, policymakers and managers

When reflecting on the sources of happiness and life satisfaction visibly shifting now towards greater social responsibility and the need to contribute to a positive impact on society and the environment, the question arises of the role of economists, policymakers and managers in this dynamic process. Their role, fairly straightforward in the past, is becoming more complex.

As people increasingly care about sustainability, a natural direction for economists, policymakers and managers across the globe is to pay closer attention to the SDGs and contribute to a collective effort to reach these goals! Do businesses have a role to play in reaching all the above objectives as well, when still fondly remembering the quote by Milton Friedman (1970)?

“There is one and only one social responsibility of business—to use its resources and engage in activities designed to increase its profits so long as it stays within the rules of the game, which is to say, engages in open and free competition without deception fraud.“

Even if one doesn’t accept social responsibility as the very responsibility of businesses and insists that role of the firms remains the same: Managers predict consumer preferences while ensuring their businesses are ready to deliver the goods and services that make people happy. In return, this increases their own corporate wealth (which is shared with the public in the form of corporate taxes) while the ultimate objective to maximise the wealth of their shareholders is met.

As such, managers need to accept that consumer preferences are shifting towards sustainability itself! It is very likely then, that the “new” consumer will increasingly seek to spend money on goods and services from socially responsible businesses.

This is probably what Milton Friedman didn’t predict 50 years ago. That it is possible that the social responsibility of business might become a necessity for some firms to maintain their economic status.

On the other hand, it appears that the need to have a positive impact on society and the environment is also genuinely growing among today’s managers and businesses. The profile and the preferences of the shareholders alone are also gradually shifting towards a greater focus on sustainability. The 2020 Global Sustainable Investing Survey by BlackRock revealed that “sustainability considerations are increasingly becoming a central aspect of their [investors] investment approaches”.

Developing greater social responsibility and contributing to a positive impact on society and the environment plays an increasingly important role in both individual well-being and the future of business. It is clear that, as a result, the sources of happiness and life satisfaction, even if still based on a satisfactory standard of living and safety, with access to quality healthcare and education, are shifting.

Wioletta Nawrot is an assistant professor (teaching) in the Law, Economics and Humanities Department at ESCP Business School, specialising in economics with a strong interest in sustainability.