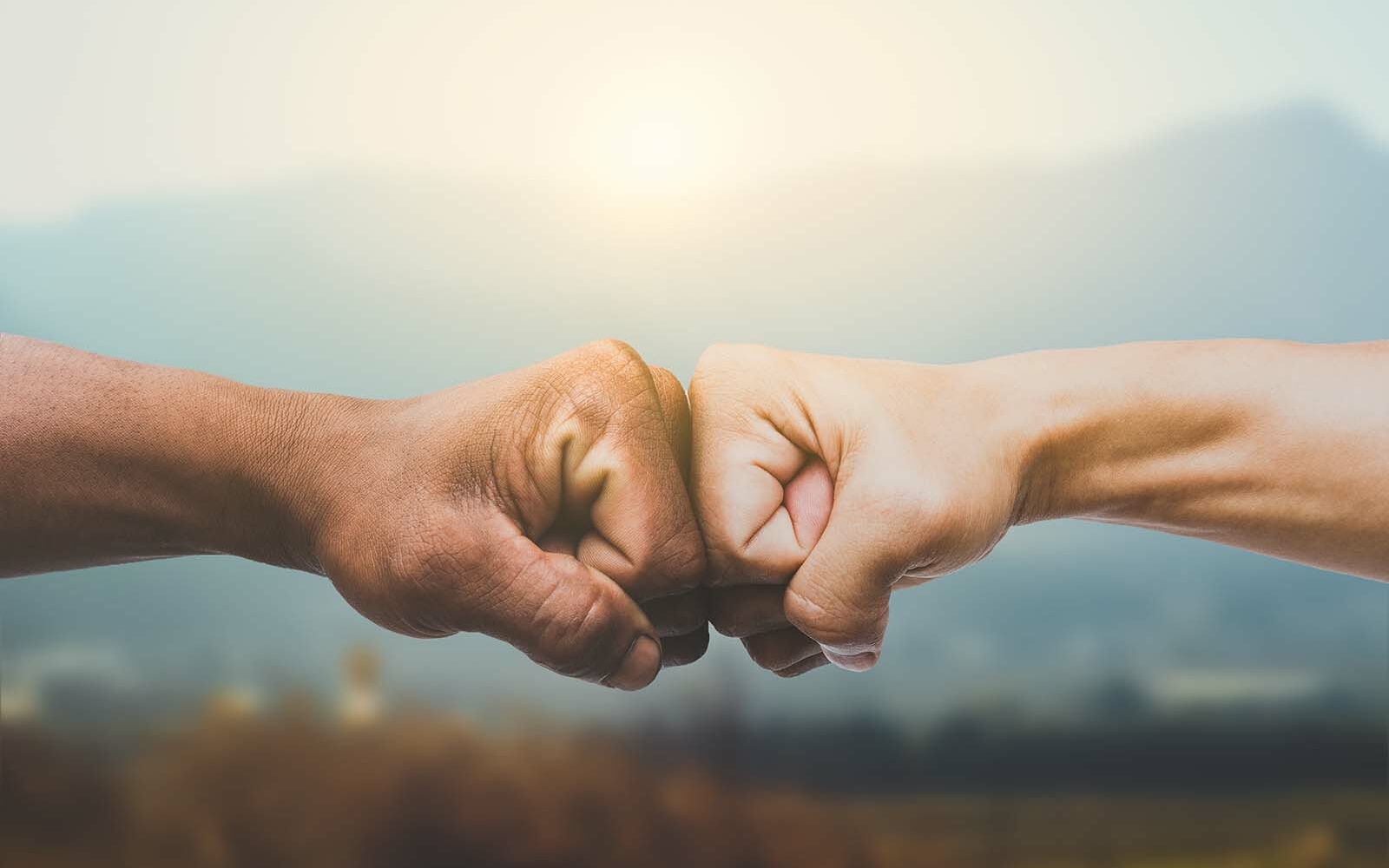 The severe recession triggered by the Covid-19 pandemic is only the tip of the iceberg of a decades-long global crisis that dates back to the financial crisis of 2008, which exposed the fragility of capitalism, and to the Fourth Industrial Revolution, which created a strong cultural and generational gap. The poor understanding of the extent of the pandemic’s consequences and the inability to predict its evolution has marked a further crack that will take a heavy toll on our society in the years to come. This emergency urges the world to accelerate the transition to a more sustainable social and economic model at all levels, and calls on all economic players to reorganise their businesses based on participatory models and to plan for continuity. In this scenario, entrepreneurs have the opportunity to play an important role.

The Covid-19 crisis seems set to cause severe economic damage that will shape our global economy. However, if we look back in history, we have faced several serious crises which have then been followed by economic prosperity. And although “family businesses are unsung in modern economies, (…) these companies tend to do well in disasters.”

Some of their more or less obvious characteristics have helped European family firms like Merck, which has been producing drugs and chemicals since the 17th century, Mellerio, the oldest jewellery producer in the world, or Frescobaldi, wine producers for over 700 years, to survive revolutions, recessions and wars.

These examples demonstrate that a crisis for several businesses, or even whole sectors, can offer new opportunities for others that want to fill the voids with long-lasting firms.

Three must-haves that can help tackle the fundamental, structural faults of the economic system

Based on our research, we argue that there are three must-haves of the entrepreneurial mindset (defined by scholars as the “ability to sense, act, and mobilize under uncertain conditions”) that can help tackle the fundamental, structural faults of our current economic system, which the Covid-19 pandemic has made more evident: Global overconsumption of natural resources, fast-consumption lifestyle, social injustice.

1) Be prosocial and balance a plurality of values

One of the first things management students get introduced to is the term “homo economicus”, which represents humans as self-interested agents seeking optimal and utility-maximising outcomes. It has shaped several key business objectives, such as profit maximisation, economies of scale, and the scalability of a business model. However, homo economicus seems to be an oversimplification of who we are and the motivations that drive our actions, thus leading to mindsets and key objectives that under-represent the complexity of human beings. If we want to find business-oriented individuals that experience a plurality of values, we can look at family entrepreneurs who are continuously embedded in their family identity (i.e. role as father/mother) as well as in their business identity (i.e. role as general manager), and are trying to establish an equilibrium.

We can only hope there is a trend towards re-discovering the value of a mindset shaped by prosocial attitudes.

Ever since Frescobaldi was founded, 30 generations of family members successfully incorporated shared family values into their business objectives. They managed to establish a firm which is not simply interested in profit maximization but is composed of a family, with all its social relationships, that wants to be proactively involved in the political and sociological history of Tuscany. Wolfgang Grupp, the current owner and CEO of Trigema, the largest manufacturer of sportswear and casual fashion made entirely in Germany, stated that “our actions must not be solely guided by goals, such as increased power and greater market share, but by solidarity, respect for all members of our community, justice and sustainability.” Both examples display a blend of prosocial attributes and business success that are shaped by individual mindsets. Mindsets which are driven by combining profit generation with fairness and altruism.

Yet, surprisingly, we have started to create new words for such a combination of profit generation and social attitude. For instance, we have seen more and more the terms of “social entrepreneurship” and “impact investment” which put a social orientation as some particular element instead of a basic requirement of doing business. It seems surprising to us that we have introduced new types of entrepreneurs to describe a prosocial mindset, while actually such a restrictive orientation towards pure profit generation seems to be an oversimplification of doing business. Considering prosocial attributes together with economic goals should be seen as the ‘default’ for doing business nowadays.

According to the general positive trend of entrepreneurial activities in the countries observed by the 2019 Global Entrepreneurship Monitor report, we know there are plenty of new business ideas out there. But what is more important, we need entrepreneurs that ‘make sense of an overabundance of novel opportunities’, and start ventures with a powerful purpose and the potential to endure over several generations.

The Marquises of Frescobaldi have focused on heritage practices that give precedence to long-term generation of family wealth over short-term preferences for specific governance forms. Thus, their business practices are oriented towards the idea of passing on a healthy business to the subsequent generation. Their mindset is shaped by the idea of creating long-lasting relationships with their stakeholders and creating a vital community culture. Their long-term community engagement helped them during the second world war, when their most important wine production site was first occupied, then bombed by the Nazis. Supported by a large network of stakeholders, including the local population and its employees, the Frescobaldi family was able to overcome the crisis.

In France, Mellerio developed stakeholder relationships in multiple countries and with different, even adversarial groups through the personal involvement of its family employees. This long-lasting effort helped the firm, and the family, survive dramatic macro-level shifts including the French Revolution. Had Mellerio relied solely on the family’s immediate circle of stakeholders, mostly clients in the French Royal Court, it might have suffered the same faith as most Court members: death by guillotine…

These examples underline the fact that family firms identify themselves as active members in their environment, and that they want to generate a long-lasting impact through their businesses. This long-term orientation should be embedded in an entrepreneurial mindset, as it seems to make it easier for entrepreneurs to transform their ideas into impactful ventures that endure over more generations.

We need this new type of venture, and therefore, even though they are not necessarily planning to establish a family firm, entrepreneurs should strive to start businesses that they would like at least their grandchildren to see.

3) Show empathy towards people in your network to weather storms

Female leaders such as Angela Merkel (Germany), Mette Frederiksen (Denmark), and Sanna Marin (Finland) have demonstrated resilience and success in navigating their countries through the uncertainty of the Covid-19 pandemic. Although there are plenty of countries with male leaders that have done well, it does seem that one trait they all have in common has been revealed: Empathy, defined as the subjective ability and willingness to recognise and understand others’ feelings and perspectives.

For instance, during Angela Merkel’s call for the shared responsibility of each individual in society during the pandemic, she bemoaned “every death as that of a father or grandfather, a mother, or grandmother, a partner…” The owner of Trigema, one of the first companies in Germany that turned from clothes-making to the production of face masks, used these same words in a video in which he guaranteed his employees they would keep their jobs while at the same time asking for their commitment and responsibility. Showing empathy seems to be a strong tool to get the commitment of key stakeholders during stormy times. It seems to work as a driver to put a social network into action. It is also one of the organisational virtues (along with warmth and zeal) that seem to be significantly more important for family businesses than non-family firms.

We believe that empathy will play a key role in the entrepreneurial mindset.

In the face of Covid-19, empathy has been shown to facilitate stakeholder engagement by clearly outlining the reasons for them to contribute. Understanding the feelings and thoughts of your stakeholders allows you to customise your call-to-action so that stakeholders can better identify their personal meaning. Therefore, we believe that empathy will play a key role in the entrepreneurial mindset, to guarantee that individuals are able to navigate their ventures through stormy seas.

We know that entrepreneurs can promote bottom-up institutional change, be it in developing economies or in the wine sector. By applying these three must-haves of the entrepreneurial mindset, they can push us towards the grand changes that will lead us out of this economic crisis and, more importantly, into a more sustainable future…

Alisa Sydow is an Assistant Professor of Entrepreneurship and Innovation at ESCP Business School’s Turin campus. Her research interests are in entrepreneurship in developing economies, entrepreneurial decision-making processes and family entrepreneurship. Alisa is also one of the founders of a start-up that focuses on natural and organic products.

Francesco Rattalino, who holds a Ph.D. in Business Administration from the University of Turin, is the Dean of ESCP Business School’s Turin campus and professor in the management department. His current research interests lie in strategy execution, sustainability, performance management, family business and the food & beverage industry. 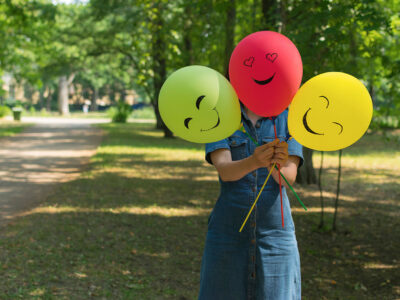 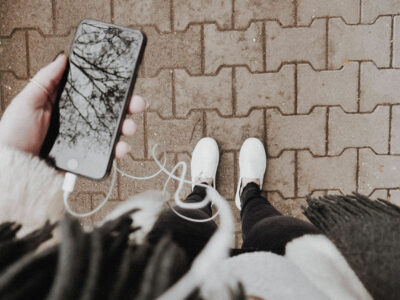