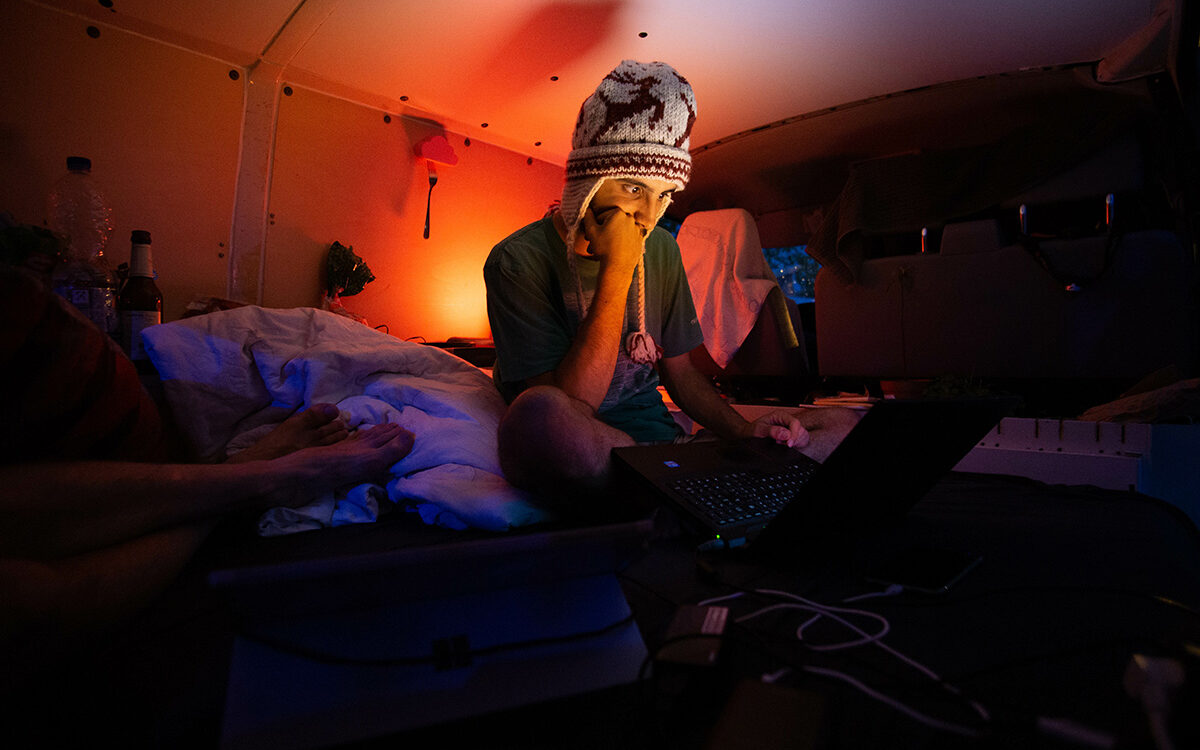 Why are many people these days abandoning secure jobs, ownership, and other traditional status markers of success and embracing change, instability, mobility? A new generation of very changeful consumers is emerging, with individuals who embrace precarity not only in their professional lives but also regarding nearly all other aspects: they eschew ownership and daily routines in favour of nomadism and constantly renewed experiences.

What is the flexible consumer lifestyle?

Slash careers (e.g. writer/photographer or lawyer/blogger) and digital nomads are not exactly new. But the flexible consumer lifestyle is a step further – another step away from the established life trajectories of industrial consumer society, where stable careers and home ownership were once viewed as markers of success and identity. Instead, “flexible consumers” are in a chronic state of transition, never settled either professionally or physically. They skip from one freelance gig to the next, move from shared apartments to vacation rentals to co-working spaces, switch hobbies and countries at short notice – and it’s a strongly affirmed choice.

Also, no longer are such flexible working and living conditions restricted to youth, the working class or specific industries. Indeed, flexible consumers can most often be found in global cities, among the highly educated and knowledge, creative, and digital workers. In our joint research paper, we set out to understand why and how a growing number of consumers purposefully embrace instability, change and adaptability in many aspects of life.

A study of embraced precarity

To explore these chronic, multiple, nonlinear life transitions, we worked on the concept of “liminality,” which refers to an in-between social space, when individuals transition from one social position to another (becoming an adult; retiring), often through rites of passage. Except these transitions are voluntary rather than socially appointed, and occur across various domains of life rather than within a well-defined, stable institution. Hence the need to extend the concept as “chronic consumer liminality” (CCL).

The flexible lifestyle, albeit chosen, is the result of major shifts in contemporary Western society, which normalise precarity and flexibility.

To investigate CCL, we carried out an in-depth study, including 28 long interviews with flexible consumers in London and Paris and observing them in ‘co-homing’ settings (co-working from someone’s home). Typical among their interviewees was Claudia, a 37-year-old freelance consultant who works six months a year then stashes her belongings in suitcases under her bed and sublets her room in a London flat to travel, ‘couch surfing’ or renting Airbnb places abroad. This study of such ultra-flexible workers provided a clearer picture of the conditions in which CCL developed, and of the resources and skills necessary to navigate it.

A lifestyle for (and resulting from) precarious times

The flexible lifestyle, albeit chosen, is the result of major shifts in contemporary Western society, which normalise precarity and flexibility. In particular, the constant mobility and change (theorised as ’liquidification’) of work and home has intensified in the post-industrial, knowledge society. The neoliberal labour market has facilitated and encouraged contingent, casual and contractual work; with flexible work involving between 20% and 30% of the working-age population in the US and EU. Home arrangements are also more flexible, as increasingly high real estate prices have put home ownership, once the typical symbol of adulthood, out of reach for many.

As a result of these broad trends, flexibility has become highly valued, in spite of the challenges (lower income for instance) that come with it. Indeed, our informants seem to have become comfortable with precarity and ambivalence over time and value them because of the sense of freedom they derive from unpredictability. They seem to reject the middle-class life pathway of their parents’ generation, with a stable full-time job, house and marriage, craving instead to work on their own, outside traditional structures.

How to manage constant unpredictability?

Yet chronic liminality is challenging. How do flexible consumers manage the sudden changes in their living and working conditions? They mobilise three consumption processes:

We also identified three facilitating skills, which flexible consumers develop over time to navigate the complex transitions involved with their chosen lifestyle:

This new perspective on consumer life transitions has implications for many sectors, including the sharing economy, travel, retail, and the wellness industry. Firms should design and offer services and products that facilitate and sustain chronic transitions, with services such as living solutions (access-based living and co-living), hybrid workplaces, storage services, and products tailored for a nomadic lifestyle (like minimalistic, portable kitchenware or tech tools).

For example, rather than focusing on a single long-term gym membership, CCL consumers prefer to subscribe to a platform that facilitates access to numerous gym classes across locations. A similar approach can be taken for workplaces, hobbies and skills training.

This article is based on “Chronic Consumer Liminality: Being Flexible in Precarious Times” by Laetitia Mimoun and Fleura Bardhi, and was originally published by LSE Business Review under the Creative Commons licence CC BY-NC-ND 2.0.