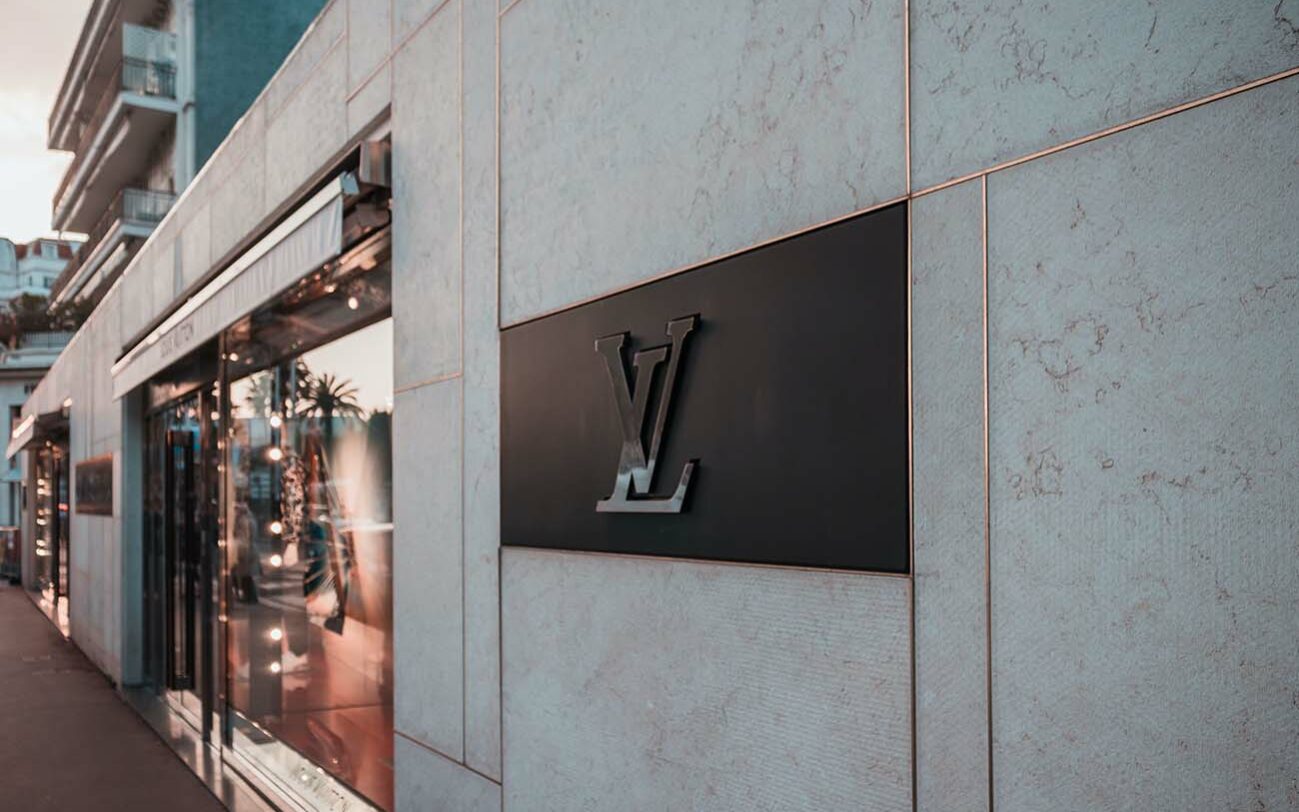 The existence of family businesses is often based on a patronymic name or at least on the reminder of elements linked to the name of the founder(s) of the company. This article discusses patronymic brands, their advantages, their impact on the brand’s footprint, their symbolism, and their evolution.

There are actually no studies on the impact of a brand name on the success of the brand.

When an entrepreneur creates a brand, he often assumes that the success of the brand will be determined by the choice of name. But this is only an assumption!

We will never be able to claim with certainty whether Coca-Cola would have been less successful if it had been called Premberton Cola (after John Premberton, the pharmacist who invented the famous stomach drink in 1886).

A brand name is only as good as its recognition (what percentage of people know the name and can quote it spontaneously), and the content associated with it (the so-called imaginary dimension of the brand).

In other words, a good brand has a comfortable level of awareness (at least 33%) and a precise, differentiating, and seductive imaginary world. A brand is strong when its voice is strong and enticing. While it is impossible to determine the real impact of a brand name, it is possible to identify naming strategies. And this is what really matters when you have to choose a brand name. Two key questions must be answered at this stage.

1. First, do we want the brand name to mean something or not?

There are in fact two types of brand names: symbolic names, that have a meaning, and non-symbolic names, that do not actually have any assigned meaning but are chosen for how they sound or for what they evoke. Names like Federal Express, Facebook or Twitter refer to a specific meaning (which may or may not be based on a description), whereas names like Veolia, Tesla or Converse are asymbolic names.

2. Then there is the question of whether to use the family name of the founder or creator.

The first major brands dating from the 19th century are practically all family names. They were created by inventors who most often associated their names with their inventions and their products. Louis Vuitton (inventor of the suitcase and the trunk), André Citroën, Alfred Dunhill, etc., are such examples. We can identify several ways of using a patronymic name: either the name is used in its entirety (Zino Davidoff), or it is the anagram of the founder (Norev is the anagram of Emile Véron), a combination of the names of the designers (Marks & Spencer), the abbreviation of the name of the founder(s) (Levi’s for Oskar Levi-Strauss, Adidas for Adolf Dassler) or even an acronym using the initials (HP, LVMH, etc.).

It is important to note that most of the trademarks operating in the creative world are patronymic trademarks, as they are evidence of an act of creation. The critical question then is whether to choose Yves Saint Laurent, YSL or Saint Laurent Paris. Many fashion and luxury brands take the form of monograms, which allow the family name to be abbreviated to make a more impactful logo (Chanel, Armani, Dior are good examples).

What are the advantages of a family brand name?

It allows for the brand to be attached to a physical person (most often a real person who has existed), which makes it possible for the brand to be tangible as it is endowed with the heritage of an individual or a lineage (Hermès is a good example, although this remains largely implicit). It is all about creating and maintaining, between the creator and the brand, a system of recognition that is as natural as possible. This is also called a trace-based index system and is demonstrated by the signature, for example. The Christian Louboutin logo is a very good example of a signature logo that simultaneously represents the brand’s flagship product. In this case, the logo is said to be both iconic (as the image echoes the product) and indexical. This approach based on the signature, which is obviously present in the monogram too, in a more abstract way, refers to a mechanism that is at the heart of literary production.

This is what philosopher Michel Foucault called the “author-fiction” which is at the heart of the mechanisms of literary and artistic authority. The issue of authorship presupposes that a certain number of productions are considered to form a ‘work’ that can be attributed to an ‘author’ whose proper name refers to a particular individual with a particular biography. This guarantees the unity of the work by relating it to a single focus of expression. And it is obviously this mechanism that gives the brand an authority.

Artisans were the first to invent the idea of branding, by scratching their names in their products to prove their origin and differentiate them from competitors.

The industrial revolution, which replaced artisanal production by manufactured production, contributed to substituting anonymous products for artisanal/artistic work. It is worth remembering that in ancient times, artisans were the first to invent the idea of branding, by scratching their names in their products to prove their origin and differentiate them from competitors. This is why a patronymic brand name symbolically acts as a signature to perpetuate the notion of an everlasting act of creation. The example of Kellogg’s, who insinuated in a famous “Kellogg’s ad signature” advertising campaign that the founder was still the one making and signing the products in the shed at the back of his garden, is a typical example of the industrial fiction specific to many American brands.

The patronymic brand raises the issue of the passing on of know-how, which must be shown to be enduring in time and space.

In his book The King’s Two Bodies, Ernest Kantoriwitz showed how, in the Middle Ages, jurists and theologians were able to form mental categories intended to represent the permanence (or even the eternity) of collective identities such as the Empire, the Church, the Papacy, or the People.

The patronymic brand is a fiction that makes it possible to fill the void left by the replacement of officiants. It is a very important legitimising factor for the brand, because this fiction ensures the durability of an individual expertise and its extension to the whole social body (the company attached to the brand). The brand is thus modelled after a single political and metaphorical body within which innumerable officiants succeed one another, passing down their offices. As if we were still convinced that when we buy a bottle of N°5, a tweed suit or two-tone pumps today, they have all been touched by (the grace of) Gabrielle Chanel. This is why the patronymic brand establishes the legitimacy of the brand by indicating to its public that the branded products are indeed what they appear to be because they have an indexical link with the creator.

The patronymic name makes it possible to stitch together the dimensions of being and appearing in a brand economy that is too often governed by a logic of fakery (something that is not what it claims to be).

Therefore, it is a strategy that fosters confidence in the brand.

What place does the founder have in the brand narrative?

The use of a patronymic brand is a legitimisation strategy that does not prejudge the use of the creator’s biography in the brand’s discourse and imagination. It is obvious that for brands such as Ralph Lauren or Lacoste, the designer’s story is a determining element of what these brands tell their customers. In other words, the storytelling of the founders is a basic part of the narrative constructed by the brand. A brand like Chanel relies essentially on the reinterpretation of the biographical elements of Gabrielle Chanel, while clearly hiding any particularly embarrassing elements. Everything was perfectly orchestrated so that no one could read a review of Sleeping with the enemy when its French translation was published. Similarly, you are unlikely to find any biographies of Louis Vuitton…

The patronymic brand may function as a symbolic brand, drawing on the life of the creator to build an imaginary brand story, which is obviously the case for a brand such as Jacquemus, at a time when social networks are pervasive.

The patronymic brand then becomes a personal brand with a strong biographical focus.

The relationship with the brand’s audience is built mainly on a vision advocated by the creator and based on emotional and biographical resonance. The danger here is that instead of focusing on the brand narrative, it may be buried under bits of personal storytelling. But the patronymic brand name can also be constructed as an asymbolic brand which then only provides a nominal anchor because it is no longer explicitly linked to the biography of an actual person. This is the only feature that brands as polarised as Hermès and Louis Vuitton have in common…

Benoît Heilbrunn is a professor of marketing at ESCP Business School. His wide interest for human sciences allows him to orient his thinking towards the ideological aspects of our consumer and brand society. He is very interested in the various dimensions of material culture, such as objects, logos and visual identities. He is also a consultant in the area of brand strategy, brand content and cultural branding.