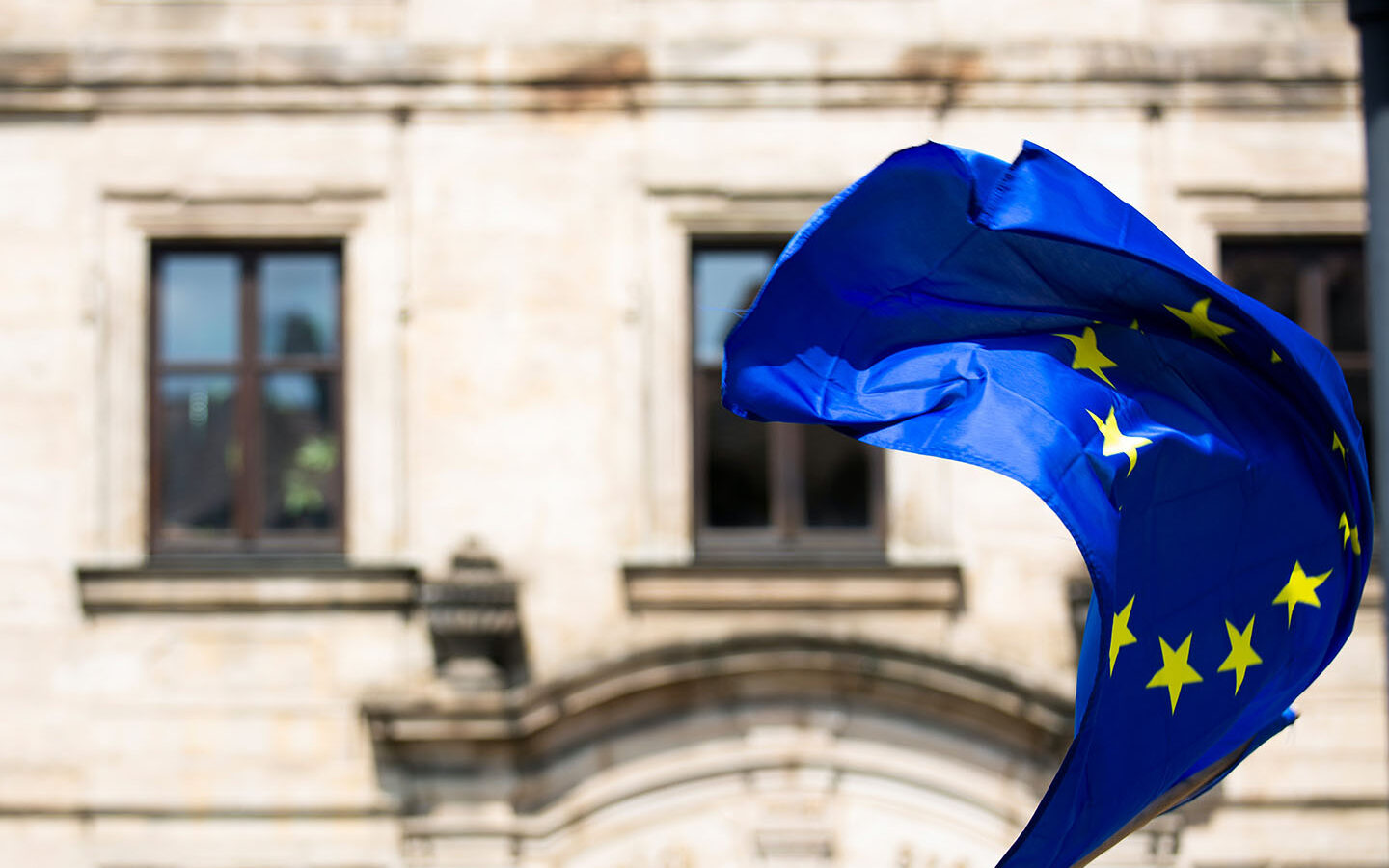 During ESCP’s 2021 Designing Europe seminar, an interactive learning experience designed to reveal the inner workings of the European parliament, students of the Master in Management programme debated and drafted resolutions for the EU’s biodiversity strategy.

On The Choice, we followed up with a few participants of Designing Europe to understand the opportunities at stake for Europe.

This is the ambition of global leaders to conserve our planet. Part of a coalition of more than 50 countries, Europe has committed to preserving 30% of its land and 30% of its sea by 2030 for the restoration of degraded ecosystems. Though some experts argue that 30% is not enough, all can agree that something must be done. According to the Intergovernmental Science-Policy Platform on Biodiversity and Ecosystem Services (IPBES), “nature is declining globally at rates unprecedented in human history.” Close to 1 million animal and plant species are threatened with extinction, the highest in human history, so far.

In establishing the EU Biodiversity strategy, the European Commission explains that “half of the world’s Gross Domestic Product (GDP), €40 trillion, depends on nature”. Biodiversity is not just a “nice to have”, but an essential component of life and our global economy. A healthy environment protects us from extreme climate fluctuations, provides us with essential resources and defends us from future pandemics.

When it comes to the biodiversity crisis, like many of the global challenges we face, no one person, country or place is solely responsible. The crisis and its consequences are a global issue that necessitates an urgent collective effort from all economic, social and political actors.

As European Commission Executive Vice-President for the European Green Deal, Frans Timmermans, explained during his closing speech at Designing Europe,

We are locked in the here and now. Only taking measures when they are needed tomorrow.

We need to take action now for current and future generations, because “if we fail in the next two or three years, your task [students] will be incredibly more difficult”.

The European Green Deal hopes to do just that by “turning climate and environmental challenges into opportunities, and making the transition just and inclusive for all”.

According to Pietro Brondello, first-year, dual-degree Master in Management student, Europe can focus on this moment and become a leader.

Rather than being seen as a barrier between the United States and Russia, we can be the new power in this new environmental change, by responding in a fast and strong way to this global challenge. The most important thing is we have to start quickly and become a point of reference for the other states.

Consultant in European affairs and pedagogical coordinator of Designing Europe, Yves Bertoncini agrees that the European Union must be bold.

First of all, the EU must be ambitious and irreproachable on its own territory (land, sea, etc.) in order to do its fair share in a fight that is global by nature. On this basis, it will then be better able to convince, if not inspire, the other continents.

“’COP 15’ [Conference of the Parties] should enable the EU to speak out ambitiously for the adoption of a global post-2020 framework for the protection of biodiversity, as well as for the mobilisation of the necessary resources in this perspective,” Yves Bertoncini explains. “In this regard, the EU will naturally have to play its full part in terms of technical and financial assistance to the countries that need it, particularly in Africa, the Caribbean and the Pacific.”

“Europe, where politics, economics, individual interests and the common good are culturally and historically intertwined, has the intellectual tools to propose new models,” adds Frank Bournois, Dean of ESCP.

“The Covid crisis has shown us that addressing the challenges that nature raises without generating other crises (economic, social) is complex. The climate challenge will be even longer and deeper than the pandemic we are experiencing, which was merely a warning. Digital transformation, consumer and energy sobriety, the answer will be multidimensional.”

Though political coordination is needed at scale, European businesses also have a key role to play in the fight to restore and protect biodiversity.

During his speech at Designing Europe, the European Commissioner for Environment, Oceans and Fisheries, Virginijus Sinkevičius argued:

If we really want to stop the loss of biodiversity, we have to mobilise the private sector. We need commitments that are much broader, much more visible from the world of business.

As Yves Bertoncini explains, “Businesses and their managers are stakeholders in this fight: on the one hand, because the degradation of biodiversity is largely the result of economic activities; on the other hand, because restoring biodiversity requires a profound change in production, distribution and consumption patterns.”

Protecting biodiversity is a win-win

Protecting biodiversity is a win-win for business and the planet. For example, one 2016 study found that the global seafood industry could see an increase in annual profits of $53 billion by conserving marine stocks. And the insurance industry could save close to €52 billion annually by investing in biodiversity conservation.

The impact on employment cannot be forgotten either. In a study from Natura 2000, the network of protected natural areas in the EU, it was found that in a moderate scenario, “climate adaptation activities could save up to 136,000 jobs and create an additional 500,000 jobs by 2050”.

Above all, it is likely that businesses will want to avoid continued losses due to inaction on biodiversity. According to a report from the OECD, “the world lost an estimated $4 to 20 trillion per year in ecosystem services from 1997 to 2011, owing to land-cover change and an estimated $6 to 11 trillion per year from land degradation”.

“The UN sustainable development goals speak for themselves in this aspect,” argues Varalikaa Paul, first-year ESCP Master in Management student. “For ages, industries and businesses have been utilising the resources, be it wood or leather, but steps to ensure the continuity of biodiversity has never been a focus. Sustainability is no longer an option because an imbalance in the ecosystem leads to an imbalance in the resource pools, and currently, it is a race for sustenance rather than a race for resource dominance.”

“Biodiversity can be a tool for the growth for new businesses.”

The way Pietro Brondello sees it, “Biodiversity can be a tool for the growth for new businesses. Business can start to renovate itself and make different programmes and choices in order to be more sustainable.

The main route has to come from changing mindsets. If we change from the bottom up, starting with our knowledge, we can create and discover new kinds of businesses.

Pietro Brondello argues that in Europe, this means starting with small businesses, which make up the backbone of many economies, and where we can enact real change. “We have all the tools and technologies to develop new types of business.”

At the level of the European Commission, Pietro Brondello adds that “the public sector has to set and create the investment that can be used by the private sector.” But the private sector must be sustainability-minded. “We need a new private sector that is not just focused on profit. We need to generate new businesses that can make an impact.”

To support the creation of new business solutions, the European Union has announced dedicated funding, €300 million, for “Green Deal” startups through the European Innovation Council. The largest funding round to date, as reported by Sifted.

“While national and European political authorities have the task of defining a more favorable legal framework for biodiversity,” agrees Yves Bertoncini.

It is ultimately at the micro-economic level that its future will be played out, as a result of a multitude of business decisions.

For current and future business leaders, this means we’re counting on you. As France’s Secretary of State for Biodiversity, Berangere Abba, concluded: “We need national exemplarity, shared vision and collective action to move the EU & the world toward a green transition. Youth has a role to play. We count on you to raise awareness in your future careers!” 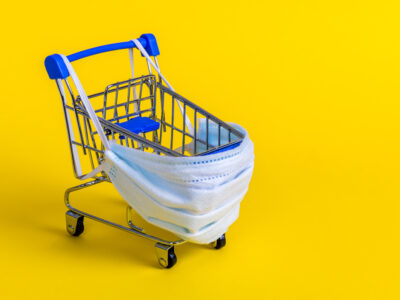 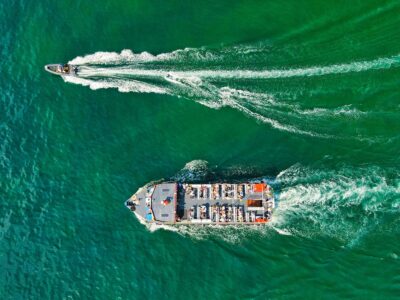 Why innovation cannot be prescribed – but should be stimulated 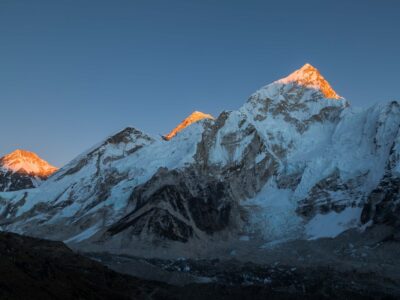