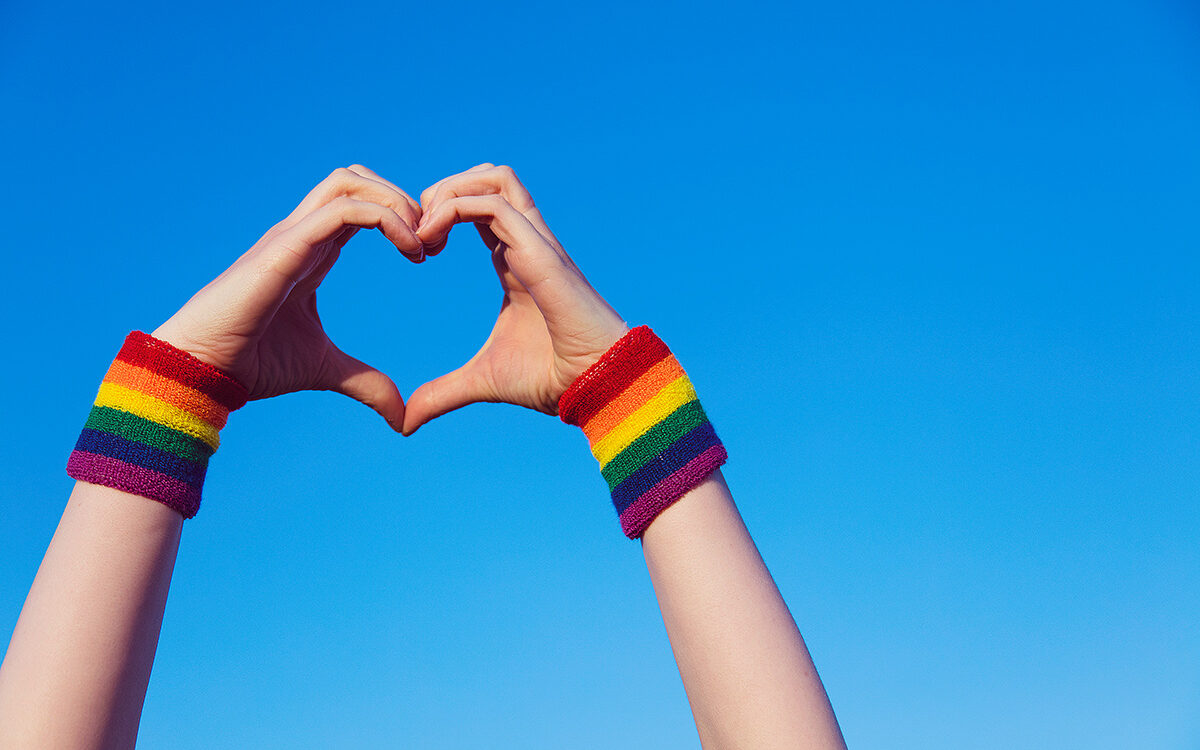 It has now become commonplace for major corporations to join in on LGBT events such as Pride Month, National Coming Out Day or the International Day Against Homophobia, Transphobia and Biphobia. Indeed, this is sometimes a source of criticism within the community as companies are perceived to be cashing in on LGBT causes.

In the United States, several hundred American corporations are part of a Human Rights Campaign business coalition which advocates in support of a bill in Congress that would provide legal protections to LGBT people.

But it is easy to forget that these demonstrations of support for LGBT customers and employees is restricted to certain countries. Corporate solidarity is rarely a privilege afforded to people living in countries where governments are hostile to the LGBT community.

This represents a large proportion of the world. According to the International Lesbian and Gay Association, 69 countries currently criminalise consensual same-sex activities. In some countries, the penalty is death. For LGBT people in these hostile countries, including those who work at multinational corporations, coming out puts their lives in danger.

But multinational corporations that have a presence in hostile countries can use their economic influence and corporate resources to advance protections for LGBT people in the same way they champion equality in western countries.

Given the resources corporations invest in corporate political activity, they can help advocate for LGBT rights in hostile countries as part of their social responsibility agenda.

As multinational corporations contribute to the economy in their host countries, they have access to the government officials. Access creates an opportunity for them to raise concerns regarding a country’s unfriendly LGBT laws and practices.

Can multinational corporations really be fully engaging in social responsibility if they turn a blind eye to state-sanctioned hostilities against LGBT people, including their own employees, suppliers, and customers?

There will be critics who argue multinational corporations should respect the laws of their host countries and avoid activities that could negatively impact their business interests.

This position needs to be challenged. Can multinational corporations really be fully engaging in social responsibility if they turn a blind eye to state-sanctioned hostilities against LGBT people, including their own employees, suppliers, and customers?

Although corporations may feel obliged to comply with local laws that criminalise same-sex activities, there are varying degrees of action that can be taken to protect LGBT people in hostile countries.

One of the approaches suggested by Coqual, a global non-profit think tank, is the “Advocate Model” by which corporations directly lobby host governments or provide symbolic support for the local LGBT community.

This can be done either as part of ongoing engagements with lawmakers or on a one-off basis where protections for LGBT people are directly raised in business meetings. For multinational corporations that choose to directly advocate, the approach may need to be measured without being heavy-handed.

Depending on the country, securing full equality for LGBT people such as recognition for same-sex marriages may not be realistic at present, but efforts to provide fundamental protections such as decriminalisation, the introduction of laws against hate crime and non-discrimination policies for LGBT people may be more attainable.

Another approach to corporate LGBT advocacy is being part of a global coalition of like-minded businesses. Open For Business, a London-based non-profit, undertakes research on the economic benefits of LGBT inclusion.

One of its recent reports found that LGBT talent takes into consideration a country’s laws when selecting international assignments and business travel. Another demonstrated the negative economic impacts of hostile policies toward LGBT people in Central and Eastern Europe.

Corporations can use evidence like this to make the business case that unfriendly LGBT laws and practices could have an impact on the talent pipeline and by extension the local economy.

Beyond the “pink dollar”

A corporation that prides itself on being a good place to work for LGBT people and chases the “pink dollar” but takes little action to advocate against the persecution of those very people may risk justifiable criticism about its true commitment to the community.

There could also be reputational risks where multinational corporations have a significant presence in hostile countries with harsh laws while marketing themselves as LGBT-friendly businesses in western countries.

The reasons multinational corporations are doing more to advance LGBT equality at home may be tied to the growing workplace diversity and inclusion agenda, and the plentiful “pink dollar”. But they also need to examine the human impact of doing nothing to protect LGBT people – which of course include their own employees, suppliers, and customers in hostile countries – despite any potential business risks.

This article was originally published by The Conversation under the Creative Commons licence.

Ken Chan is a Global Executive PhD candidate at ESCP Business School and the Vice President, Administration at Brock University.