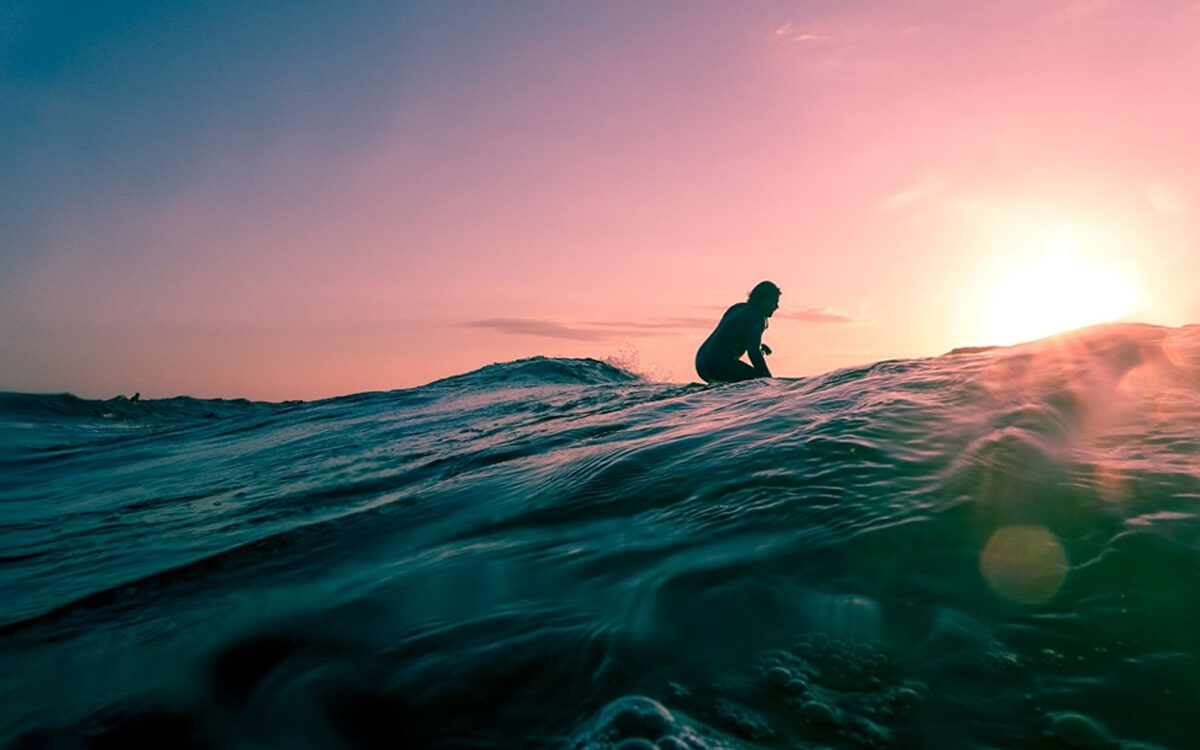 Surfing is as cool as it ever was. More people are competing in more contests and seeking higher waves, supported by a booming industry, even amid a pandemic.

Dramas and documentaries about surfing have bloomed since the 1960s, and companies such as Quicksilver, Billabong and Roxy have developed entire markets around the surf lifestyle. The recent decision to include surfing in the Tokyo Olympic Games marked the zenith of the global popularity of this sport.

Even though surfing is an extreme sport, most of it consists of the gentle art of waiting. Ask any passionate surfer, and they will probably tell you that surfing is, first and foremost, a contemplative practice.

“Surfing is a kind of stoic philosophy – it means accepting that we don’t have power over things,” writes novelist Sigolène Vinson.

To understand why, we must go back in history. Surfing was originally a spiritual activity rooted in the religion and culture of different islands in the Pacific Ocean, especially Hawaii. It represented the celebration of Lonos, the god of fertility. At the time, only the tribe’s high-ranking figures could undertake it.

Today, some surfers still follow this original mindset of communion with nature. “We call them soul surfers,” writes Lodewijk Allaert in his ode to surfing:

They explore the imperceptible side of the discipline, dreaming of the precious balance between man and the elements, which pushed the Hawaiian pioneer of surfing, Duke Kahanamoku, to throw himself into colossal walls of water equipped with an antique acacia board. For them, surfing wasn’t a way to show off or a series of spectacular moves, but a lifestyle, a philosophy.

These few utopian surfers base their entire lives around surfing, going against the flow of our society where capitalism is relentlessly expanding toward new areas, the alienation caused by technology always intensifying and freedom increasingly compromised.

The feeling of being fully present in what we are actually doing has become rare – except perhaps in the case of those who practice extreme sports (it’s difficult to think about work when you have to focus on not being crushed by a two-metre wave).

Surfing is an escape; an act of freedom. This is why it can be linked to the ideal of the American counterculture of the 1960s based on the “freewheeling spirit of the hippies” and modern forms of Bohemianism, largely inspired by the Beat Generation.

Like many other countercultures, from skateboarding and yoga to meditation and hip-hop, surf has to an extent been absorbed by capitalism. Look at the proliferation of surf schools, magazines, competitions, films, music, and surf wear, each representing an attempt by businesses to make money out of the sport. Like a prey splashing in the water, surfing has attracted the attention of capitalist sharks, and became a victim of its own success.

Yet, with surfing, unlike some of these other countercultures, something still resists. Capitalism cannot seem to capture the unique and solitary moment when the surfer must put aside everything he or she knows to avoid getting swept away, to ride the wave and feel a sense of communion with the powerful and untameable elements.

Surfing is the ultimate in unpredictability. Even the best weather apps cannot predict whether or not it will be possible to surf a particular swell.

The ocean puts human beings in their rightful place – not above nature but inside of it. I dare even René Descartes to try to become a “master and possessor of nature” in the building-sized waves of Nazaré in Portugal, the largest in the world.

The ocean as the last frontier

In a world where transhumanists seek to use technology to save humanity, and even to even to defeat death, surfing reminds humans of our staggering insignificance before the irresistible force of the ocean – and nature in general.

In the context of an increasingly tech-based and dehumanized approach to medicine, surfing can appear as a particularly efficient cure for the soul. While some hospitals have introduced secular meditation programmes to alleviate the pain of patients suffering from chronic illnesses or depression, others have used surfing for therapeutic purposes to help cure people like veterans suffering from post-traumatic stress disorder.

Now, a pandemic has caused many to question their lifestyles – moving, changing jobs or getting divorced. New rules implemented by the government to limit the spread of the virus have also had a major impact on individual freedoms. Not only directly when being mandated to wear masks, respecting curfews, and in some regions, forbidding access to the beach, but also in a more diffuse manner with the proliferation of applications intended to control citizens’ movements. Some have even gone so far as to place such measures within the realm of surveillance capitalism.

While American counterculture originally conceived technology as a way to free individuals from the establishment, they are increasingly criticized today. Surfing may be able to make this dream of pure freedom come true even for a short time by providing its practitioners with moments off the radar.

“Surfers are often portrayed as conquerors who travel on a whim, with new waves to discover, fleeing the trials and tribulations of modern life,” writes sociologist Jérémy Lemarié. “Today, the ocean is their only escape in the overpopulation and compartmentalisation of modern life. The ocean is their last frontier.”

In a 1945 presentation to the US government, Vannevar Bush presented science as the new frontier to be conquered. It would now seem that his wish has been fulfilled. Today, technology promises to take over both time, for those who dream of killing death, and space, with the billionaire race to conquer new planets. And yet, grab a board and head to the sea and you will soon realise that nature is still far from conquered. In this context, the ocean can be seen as the last frontier likely to comfort mankind when facing disenchantment with modern life.

Yaëlle Amsallem is a doctoral student in the management department at ESCP Business School, where she teaches organisational theory. Her research explores the organisational and societal challenges posed by new technologies, the Silicon Valley mindset and the transformation of forms of capitalism.