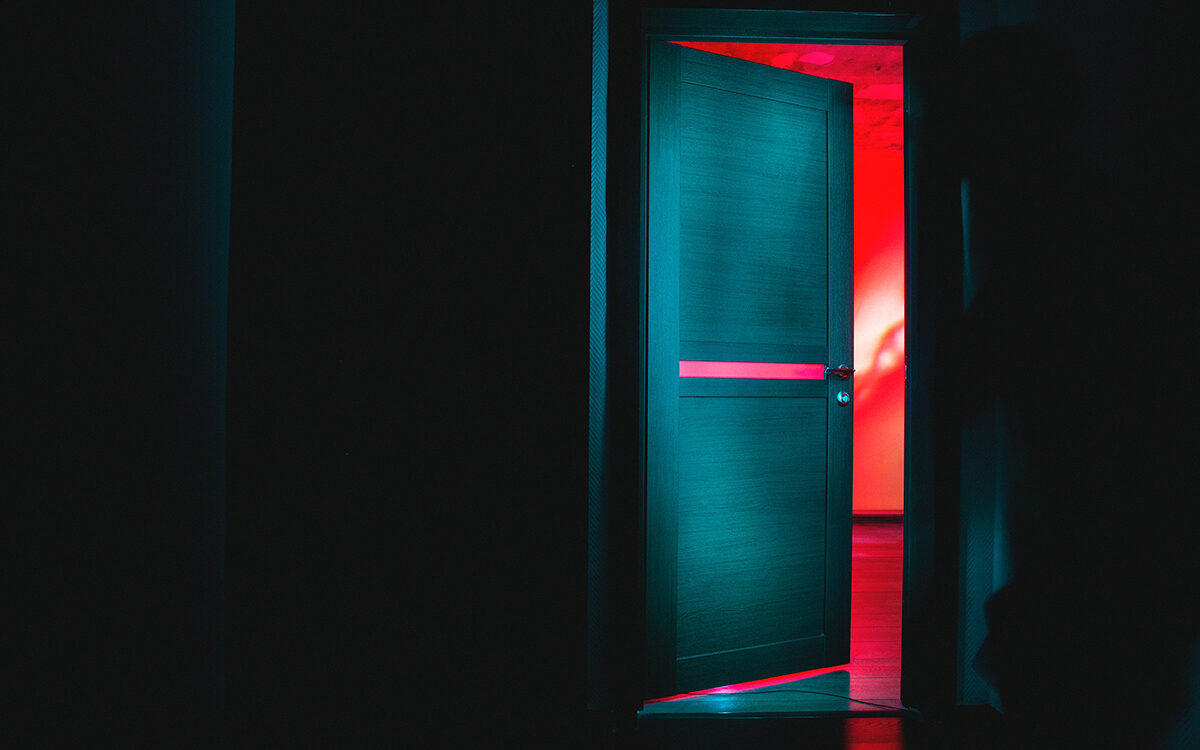 Once upon a time there was a little girl…

Marie, a blue-eyed 7-year-old girl, surprised her parents one day by writing the first chapters of a short story. It is normal that children have fun writing stories on their own, but Marie’s story was exhibiting all the characteristics of a real book: a cover, a back cover, properly-typed chapters and paragraphs, as well as an intriguing title: “The ghost in the cupboard”.
The style was inspired by the Goosebumps series of children’s horror fiction novels. The story was about a small girl grappling with strange noises coming from her cupboard while her parents were not at home. … Booooo … Creepy, isn’t it? … Although the writing style was as direct and naive as is to be expected from a child, the story was told with a very efficient and mature manner, describing situations, expressing the emotions of the girl and, most impressively, putting a cliffhanger at the end of each chapter. Although the plot of the story was simple, it was pleasant to read and quite smart for a 7-year-old.
The only concern was the numerous spelling mistakes and grammatical errors. However, Marie’s parents were proud of their daughter for writing such a well-structured story, as any parent would be, and encouraged her to continue.

The day after, Marie went to school proud to present her story to her best friends. With the frankness and tactlessness characteristic of children at this age, her friends unanimously criticized the story and were totally reluctant to read it due to its many mistakes. “It sucks! It’s too long and full of errors!” They were obviously unable to see how clever it was to produce such an efficient story despite the dozens of spelling mistakes. At the same time, Marie was unable to understand how her friends were so concerned by errors and not the story itself.
Marie was downcast. When she went home, she did not tell her parents what happened; she just put her text in the bottom of a drawer and did not finish her story.

What would your reaction have been if you were Marie ? Or a friend of hers?
This story is all about a misunderstanding, a lack of awareness, a gap between the intention and the expectations.
How do you think Marie can develop self-confidence, invest in her relationships with others, and reveal her potential after such an experience? Do you think that Marie’s friends noticed anything special that day?

This example happened at an elementary school, but similar situations exist with adults in the workplace.

Marie is what we call a gifted child. Giftedness is an intellectual ability significantly different than average. It is a characteristic of children that can motivate differences in school programming. It is known to persist as a trait into adult life, with various causes and consequences studied in longitudinal studies of giftedness over the last century, and that concerns 2% of people.

The brains of gifted people work differently, and this neural instantiation manifests itself in 3 main traits:

Importantly, these neural differences are structural. Gifted persons cannot help being gifted, and therefore cannot help learning, thinking or working like gifted persons, because of their “gifted brains”.

If these cognitive, conational and emotional traits can lead to great achievements at work, they can also create difficulties in relationships

There is a clear distinction between “giftedness”, which is a built-in intense brain activity, and “talent”, which is often used at work and the expression of high abilities in one or several domains. Despite much research on the topic of how adult performance unfolds from trait differences in childhood, and what educational and other supports best help the development of adult giftedness, there is almost no consideration by management of gifted adults at work.

If these cognitive, conational and emotional traits can lead to great achievements at work, they can also create difficulties in relationships with peers and with managers, begetting behaviours inconsistent with the expectations of the job, causing tensions and conflicts with colleagues, and to some extent psychosocial risks and work-related stress. Indeed, I know from experience that 98% of gifted adults do not inform their manager or HR about their giftedness.

Revealing the potential of cognitive diversity

Giftedness is not the only profile of cognitive specificity that should be considered with a high potential at work. For example, “many people with neurological conditions such as autism spectrum disorder and dyslexia exhibit skills largely above average, including in pattern recognition, memory, and mathematics.”

Therefore, in a world that has never been so uncertain and changing, it is high time we close the gap, increase awareness and reveal the true potential of all employees. The future will show cognitive diversity to be a real element of competitiveness and of employer branding. Studies demonstrate the potential of cognitive diversity and highlight its positive impact in problem solving, innovation and creativity.

As companies have invested little interest in this field, although it has been studied for decades, employees are changing the rules of the game to promote cognitive diversity and its benefits for their company.

Major companies such as Airbus, Thales, Sanofi, Orange, and Schneider have seen the emergence of internal communities led by employees about high potential cognitive diversity including: attention-deficit hyperactivity disorder (ADHD), Dyslexia, Dyscalculia, Dyspraxia, Dysphasia, Autism spectrum disorders (without deficiency), Asperger’s and Giftedness. With the help and support of their respective human resources departments, these inclusive communities bring together more than 4000 employees, HR reps and managers that are directly or indirectly concerned, through their relatives or their colleagues, as well as those who discover they are concerned. These communities’ members have found a place to share resources and experience, to pool and raise awareness on cognitive diversity, and its challenges in the professional sphere.

In order to foster the creation of similar communities in other countries, these pioneering employees used their successful experiences to launch a LinkedIn group on the 4th of March 2021, which gathered 10,000 views and 500 followers in 24 hours.

The 3Es approach to cognitive diversity

Raising awareness is only the first step toward revealing the potential of cognitive diversity in your company. The 3Es approach below provides more comprehensive guidance, considering the impact on your company and the effort to engage.

A few months later, Marie had additional relationship problems at school. Having heard by chance about giftedness, her parents went to a psychologist who diagnosed Marie as a gifted child. From this point on, her life changed. She received specific explanations and support from her parents and teachers to grow aware of her cognitive difference and needs. There is no good or bad about it. It is what it is and both her and her environment can and shall now take better advantage of it.

Sometime later, Marie reopened the drawer of her desk and took her story out to finish it. In the end, the ghost inside the cupboard was, in fact, a nice ghost who did not want to scare anybody; he just wanted to have a friend.

David Marcouly has 20 years of professional experience in various fields of engineering, international project and team management, customer support and services. He is currently Bid Commercial Operations and Contract Manager in an international high-technology group, operating in the aviation, defense and space markets. Married and the father of three daughters, he is also a volunteer in a non-profit association that supports gifted children, teenagers and parents. He participated in the creation of the “Collectif des Réseaux de Diversité Cognitive au Travail” (a gathering of employees that supports cognitive diversity awareness at work).